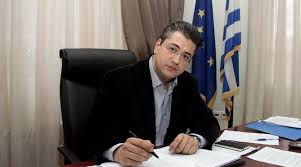 Central Macedonia region chief Apostolos Tzitzikostas announced his candidacy for the leadership of New Democracy through his personal Facebook account. Tzitzikostas stated that he plans to transform New Democracy into a party for all forces, which would make a real break with the past and clash with populism.

Furthermore, in his post he said that he invites “all those who believe, as I do, that we will give major battles in order to form a really strong society with justice and solidarity” to participate in the election.

So far, only New Democracy MP Kyriakos Mitsotakis ha officially submitted his candidacy for the party’s leadership. Evangelos Meimarakis is expected to announce his final decision regarding the matter on Monday.