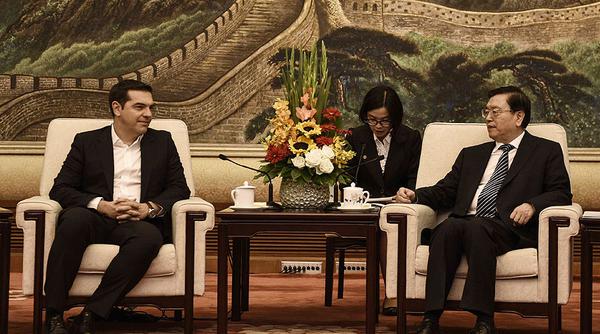 Greece presented six investment proposals to China during the private meeting between Prime Minister Alexis Tsipras and Chinese Premier Li Keqiang in Beijing on Monday, as well as during the extended talks between the two delegations.

The proposals, to which the Chinese side appeared very positive towards, concern:

– Investments at the Thriasio Freight Center (for which a tender for its concession is currently underway), the shipyards and Kastelli, and specifically the participation of Chinese companies in tenders for Thriasio and Kastelli, as well as exploring the possibility of ship repair activity in Greece.

-Expanding exports of agricultural exports and food to China

-Research and innovation; creating research and development center in Greece

-Investment in tourism real estate; increase of tourism and introduction of direct flight between Athens and Beijing

-Cooperation in cultural sector and education

To promote these proposals, the two sides agreed to create a permanent Greek-Chinese committee to monitor and examine the next steps in each issue.