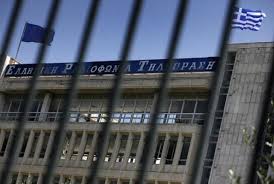 The Special Permanent Committee on Institutions and Transparency of the Greek Parliament on Tuesday ruled in favour of the appointment of Christos Leontis to the position of president of Greece’s public television and radio broadcaster ERT.

The committee also ruled in favour of the appointment of Katerina Tsatsaroni as a member of ERT’s board.

“The public broadcaster has taken important steps to technologically advance and enrich its programme with international news,” Digital Policy and Media Minister Nikos Pappas said and added: “ERT was the first to set up and provide citizens with the new hybrid TV service, which alongside conventional television can also provide on-demand services and make the public broadcaster significant not only in Greece but on an international level as well.”