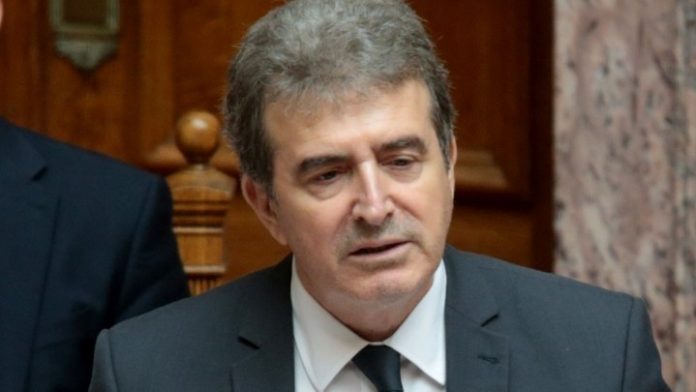 The extension of the fence at the Evros borders with Turkey “is a national need”, Citizen Protection Minister Michalis Chryssochoidis told parliament on Monday, because of mass illegal attempts to enter Greece on a daily basis and because of public health concerns about the spread of the coronavirus pandemic.

Addressing parliament’s Standing Committee on Public Administration, Public Order and Justice on the contract for the fence extension, the minister said electronic surveillance would also be extended at the land borders for their full protection, just as Turkey has done on its side in the region. (Earlier in the day, the government spokesman had said that the fence project will involve four of Greece’s five largest construction companies.)

The fence and regional works to control flooding of Evros River, which are included in the contract, will be completed in 5 to 8 months from now and cost 62 million euros. The extension of the fence will cover 27 kilometers, he said. It will be a strong chain-link fence, 5m in height and 6m in depth that cannot be climbed and rammed by vehicles, and will include 8 antiballistic observatories along its length.

The planning has been made by the Foreign Affairs Ministry, he noted, while the government spokesman had said in his daily briefing that the project was also based on recommendations by the armed forces and the police.
Chryssochoidis said that between February 28 and March 28 Greece averted mass invasions of illegal migrants from several points along the Evros border, estimated at a total of 59,000 people.

“It is a common realization that it is a national need to extend the fence at critical points of our land borders, because there is a daily mass attempt of illegal refuges and migrants to enter the country. There is an indisputable need to shore up the existing fence and build a new section at critical points,” he said. “The purpose and nature of the fence is defensive. It will contribute to the defense and protection of the country and enforce even further the security of our borders.”

He also added that the EU’s border guard service, “Frontex, remains at Evros with a force of about 120 people, while an additional hundreds of its police will arrive to participate in monitoring along with Greek forces.”