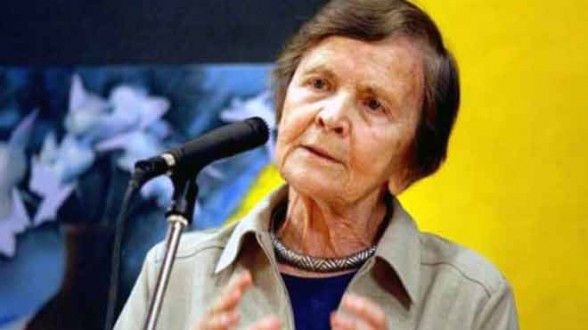 Byzantinologist and university professor Hélène Glykatzi-Ahrweiler was honored by the city of Rhodes for her “foundational contribution to the unity of hellenic history,” at a formal sitting of the municipal council on Monday.

Mayor of Rhodes Fotis Hatzidiakos said in his address that Glykatzi-Ahrweiler “combines the independent creative and inquisitive spirit of a person of thought with the active life of a citizen” and “has taught generations of scientists, producing an important body of work, uniquely multi-faceted, comprising a valuable legacy for younger generations.”

The mayor presented the scholar with an honorary plaque and a book by the Museum of Modern Greek Art of Rhodes on women of the Byzantine aristocracy.

The event was attended by local political and religious leaders and the Greek tourism organisation’s
secretary general.

On Sunday, Glykatzi-Ahrweiler held a lecture on “Byzantines and Modern Greeks”, open to the public, in the city of Rhodes. The lecture focused on the role Byzantium played in formulating the modern Greek identity, a central research interest of her career.