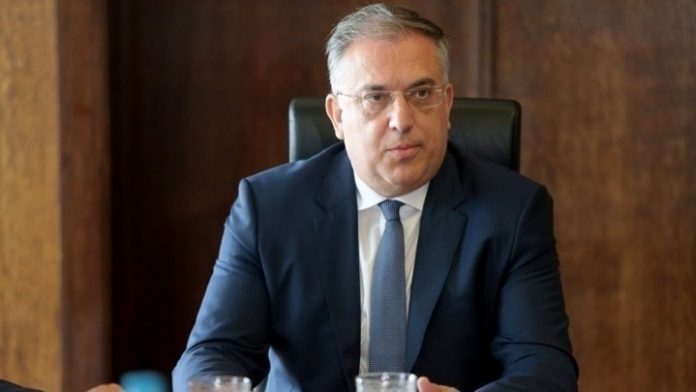 Newly appointed Civil Protection Minister Takis Theodorikakos, in an interview with SKAI TV on Sunday, summarized the priorities of the ministry.

“Personally, as Minister of Civil Protection, I will do everything to implement the law. I always ask for the support of everyone, the social forces and the political forces, because the human life and the security of the citizens must unite all Greeks … We want to strengthen the sense of security,” he underlined.
Regarding the priorities of his ministry, Theodorikakos said:

– Police friendly to the citizen and the young people but at the same time harsh and effective against crime. Reorganization of the services of the Greek Police, so that the citizens often see policeman either on foot or in the patrol cars.

– Moral, mental and organizational support of the police: “The Greek Police must do its job and will do it even better in the near future,” the minister stressed, adding that by the end of the year, 130 new patrol cars will be available.”
– Regarding the protection of the borders, he pointed out: “The Greek Police, with a decision of Prime Minister Kyriakos Mitsotakis last March, played an important role in the asymmetric threats from illegal migration flows in Evros. There should be no doubt that the Greek Police is on alert and vigilant to repeat this work at any time needed.”