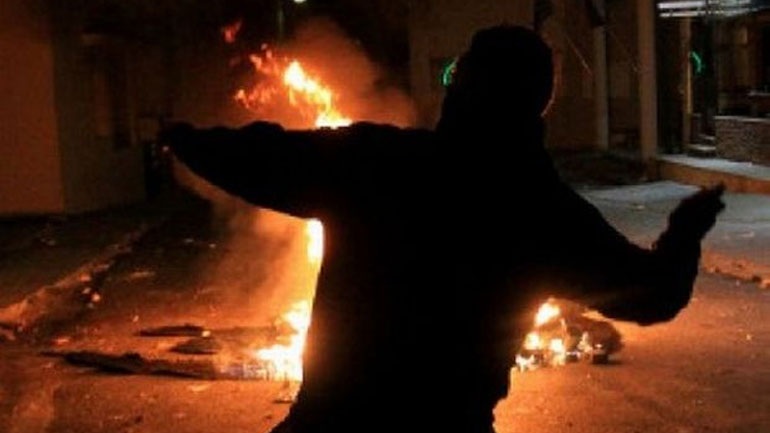 The seventh anniversary of the murder of 15-year-old Alexandros Grigoropoulos by a policeman was marked with fires and clashes with the police in Athens.

Things appeared to have calmed down at Exarchia Square in Central Athens early on Monday morning following clashes between the police and anti-authoritarian groups marking the anniversary of the shooting of Alexis.

Earlier, groups of young people had attacked riot police with Molotov cocktails and rocks, while the police used tear gas and stun grenades to disperse them.

According to the Police, 13 people have been arrested and four police members were injured in the clashes.

Earlier in the day, police had also found over 100 Molotov cocktails in the Strefi area of Athens ready for use.