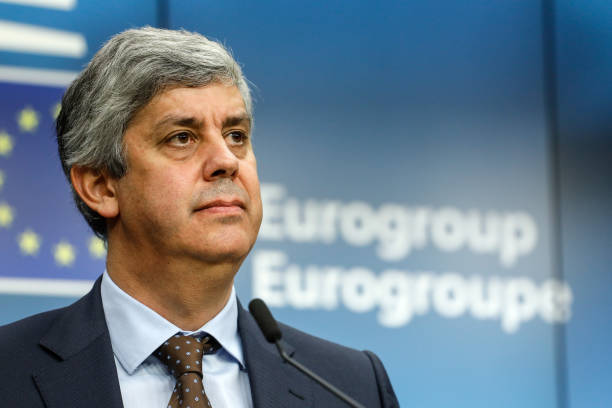 Greece needs to fully complete its current bailout program before the country receives any relief on its huge debt pile, the new Eurogroup president told CNBC.

Speaking to CNBC in an exclusive interview, Mario Centeno, the incoming chief of the 19 finance ministers from the euro zone, said there are still “some intermediate steps” before the debt restructuring talks with Greece begin.

Greece is set to conclude its third bailout program in August of next year. The country has been promised measures to make its debt more sustainable over the long term, but the issue has sparked division among its creditors. While the International Monetary Fund argues that this is a matter that needs to be looked at as soon as possible, European creditors believe that this is not a priority.

Speaking to CNBC in early December, members of the Greek government expressed hope for an agreement before they end the bailout program.

“I think we will achieve a very, very good result very soon,” Dimitris Tzanakopoulos, the Greek minister of state who is also the Greek government spokesperson, told CNBC in Athens.
“We will have an agreement before the end of the program. This is very important for us in order to be able to refinance our debt without official sector support, I think this is a precondition in order for us to do that,” Tzanakopoulos said.

But Centeno made it clear that the bailout program needs to be completed.

“We are in a good mood to finish it by mid-2018; August of 2018. We hope that the Greek authorities continue the outstanding work they’ve been doing in the last years to accomplish all the measures and all the targets that we have in the program,” Centeno said.

At the same time, Centeno, who is also head of the Portuguese finance ministry where a bailout program also took place between 2014 and 2015, asked European institutions to support Greece after the program and to be patient with the country.

“We hope that the Greek authorities continue the outstanding work they’ve been doing in the last years to accomplish all the measures and all the targets that we have in the program … And then, going back to this idea of reforming, having patience, what the institutions need really is to back the Greek authorities in the process after the reforms,” Centeno said.