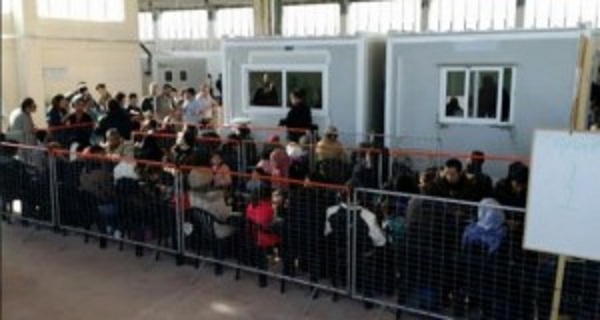 The European Commission expressed concern over the security in hotspots on Greek islands, particularly as regards their staff working there.

Following Belgium’s decision to withdraw their asylum experts who are on the islands citing personal security reasons, the Commission’s spokeswoman on migration, Natasha Bertaud, said on Thursday that EU Commissioner Dimitris Avramopoulos sent a letter to Greek Migration Minister Yannis Mouzalas on November 4 stressing the need to safeguard the experts’ security and the condition in the hotspots to be improved immediately.

According to the spokeswoman, there is constant communication between the European institutions and the Greek authorities, including the European Asylum Service, that has taken a series of measures such as additional staff, infrastructures and equipment. As regards the additional special support staff requested to be sent to the Greek
islands from the other member states, Bertaud said the that the condition is getting better.

Regarding last night clashes on Chios, she said that the Commission is closely monitoring the situation. “The security in the hotspots is a responsibility of the national authorities, however, we are jointly working for the improvement of the situation.”

On his part, the European Commission spokesman Margaritis Schinas underlined that the Commission’s target is that no member state in the first line to be left alone in the management of the crisis.