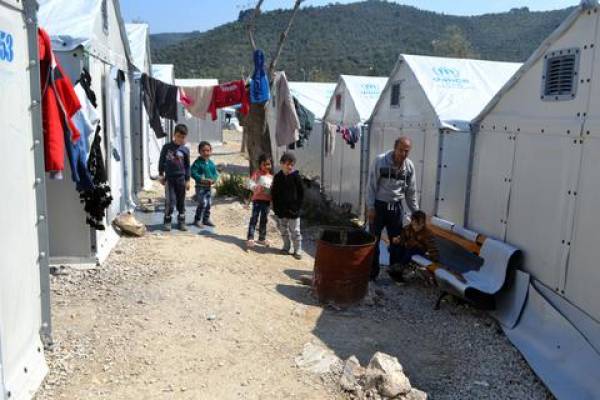 Council of Europe Commissioner for Human Rights Dunja Mijatovic on Thursday called on Greece and the European Union to assume immediately measures for the improvement of the migrants and refugees hosting conditions on the Greek islands. Addressing especially the EU, she said that the people on the islands do not need another summit but real action.

Mijatovic visited Greece for a second time in the last 16 months and spoke of “a dramatic worsening of the asylum seekers living conditions on the islands in the last year”.

The Commissioner visited the hosting facilities on the islands of Lesvos and Samos as well as in Corinth and met with members of the government, the local authorities and non-governmental organisations representatives.

At a press conference on Thursday after the conclusion of her five-day visit to Greece, she referred to “an explosive condition, with insufficient medical care in the packed camps I visited”. Describing the condition in the facilities, she said that “the people are waiting in queues for hours to have some food and to go to the toilet, when they exist. On Samos there are families that remove rocks to make room in slippery slopes in order to set up makeshift shelters which are often made of trees. This is not reception of asylum seekers, it is a battle for survival”.

She welcomed the Greek government’s decision to transfer 20,000 asylum seekers to the mainland until the end of the year, adding however that “without the lifting of the restriction it is highly improbable for this plan to sufficiently reduce the overcrowding on the islands.

On the bill on the asylum discussed on Thursday in the Greek parliament, she expressed her concern over the provision referring to the increase of the detention period, the abolition of the post-traumatic stress and the difficulties to appeal against asylum rejection decisions.

Finally, Mijatovice sent a message to EU countries that “the solidarity Greece needs does not exist and I do not refer to the financial support but real actions” adding that “the people on the island do not want another summit but a cooperation agreement. What is imperative is the political leaders to finally implement the measures we are all requesting”.