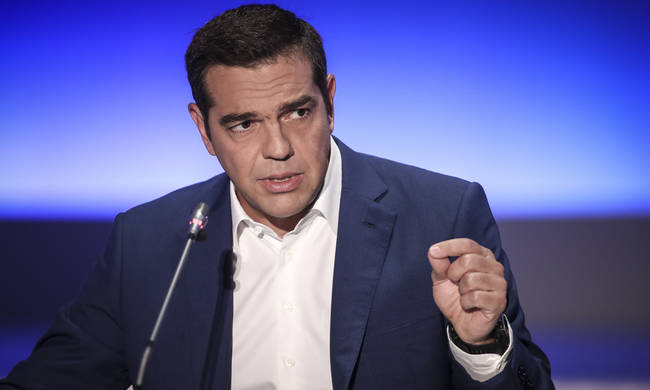 In a message for World Refugee Day on Thursday, Prime Minister Alexis Tsipras praised the way that the Greek people had “courageously and generously handled the biggest movement of human populations in Europe after World War II”.

“In the face of racism and hatred, [the Greek people] deployed humanity and hospitality. Greek values,” Tsipras said.

The prime minister underlined that a comprehensive European approach was the only way to handle the challenge of refugee flows, so that the burden was shared fairly within Europe and there was better cooperation with third countries.

Noting that the number of refugees in the world was now approaching 70 million people, the prime minister said that the European continent had been forced to re-evaluate and make a choice between xenophobia and racism, on the one hand, or hospitality and a confirmation of the principles of humanism and solidarity, on the other hand.

With respect to Greece, he said the government considered that its primary duty was to protect human life and human rights. As a result, 75,000 people currently had access to healthcare services and all refugee children had received mandatory vaccinations, Greece had granted asylum to 15,806 applicants and taught 12,500 children in state schools and reception facilities.

He also referred to programmes for the integration of refugees and migrants into Greek society, including classes to learn Greek and English, training and finding refugees jobs in the farm sector and tourism, as well as other measures to help asylum-seekers find jobs.

“But what people need most in order to not leave their homes is peace. Our country, which is exercising an active foreign policy, is a pillar of stability in a destabilised area,” he concluded.