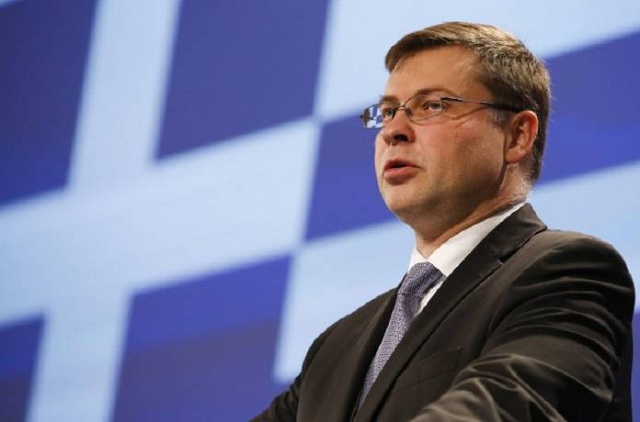 The ideal scenario would be for Greece to conclude the third programme review by the end of the year, European Commission Vice President Valdis Dombrovskis said on Thursday in Brussels.

“We emphasise that substance is more important than deadlines. What matters is to meet all the prior actions related to the third programme review, in terms of structural reforms, the 2018 budget and 3.5 percent of GDP primary surplus target,” he underlined and added: “The preparations for the third programme review have started and it would be ideal if the review was concluded by the end of the year.”

Dombrovskis said that the European Commission considers that the third programme review can be concluded by the end of the year as this would send a positive message to the markets and the investors in Greece and abroad. It would send a message that the programme is on track and the Greek economy is recovering, he noted.

Concluding, he said that Greece is on the right track to meet the primary surplus targets and that the most important thing now is to prepare the 2018 budget. “It would be desirable for the third programme review to be concluded on time and to avoid delays, such as those in the first and second reviews,” Dombrovskis said.