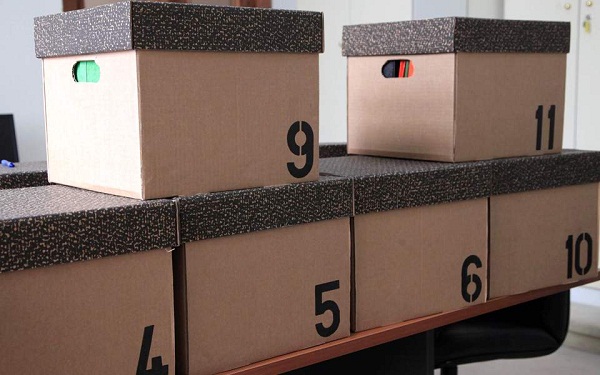 Cyprus will start publishing the material on the long-awaited Cyprus file in April, or even late March this year, the President of the Cypriot House of Representatives, Demetris Syllouris, told the Athens-Macedonian News Agency in an interview published on Saturday.

The Cypriot official, who is in the country to meet with his counterpart Nikos Voutsis, said two committees in Greece and Cyprus are studying the material and will publish it in volumes, without making alterations. He also said he hopes all sides involved in the Cyprus issue will return at the negotiating table in 2018.

ANA: The Cyprus file was the focus of your meeting with parliament president Nikos Voutsis. What did you discuss?

DS: This was the main reason for my meeting with the president. We are in a process that started as a result of my election, to implement the protocols of the agreement signed previously for the delivery of the Cyprus file – as discussed in the Greek Parliament – and all the material to the Cypriot Parliament, which was done on 14 July. We, as a Cypriot Parliament, have undertaken the task to digitize the material and give back the digitized material to the Greek Parliament. We have completed this. We continued with the study of the material and we are currently in the process – and this is exactly what we have been discussing today – of starting to publicize the entire Cyprus file, volume by volume.

ANA: When will you start publicizing it?

DS: We agreed in July, during the handover, that [we would start publicizing it] at the second quarter of 2018, that is, from April. Today we have discussed the issue and there is a small chance we might even start at the end of March. So we will complete this goal we set, this timetable.

ANA: Does the file reveal events that are not known to the Cypriot or Greek people?

DS: I have not seen it. It is the committee that deals with it, and we must leave it to the reader, researcher, Greek or Cypriot scholar who will see the file to decide. And that’s why our decision is to make no corrections. And I think it is a final decision, from a brief discussion that we had today with the technical committee, to keep the material intact. It will not be processed in the sense of making any corrective verbal, editorial changes. It will be released as it is.

ANA: Who is studying the material?

DS: A committee has been set up here and one in Cyprus, which work together and they have decided to hold a joint meeting very soon – or hold two and three meetings if necessary before the release of the publication.

ANA: The Turkish Foreign Minister Mevlut Cavusoglu has said that 2018 could be a pivotal year for the Cyprus issue. What will be the starting point for the negotiations after Crans Montana? Do you expect the UN to take a new initiative and how soon?

DS: If we judged Turkish politics in general, and particularly on the Cyprus issue, on the basis of generic declarations, we would have been very optimistic. Turkey shows her true self and her aspirations when we come to the details and we deal with specific attitudes on all issues. So this statement by Mr. Cavusoglu is a statement that has no substantive content that can be relied upon to draw conclusions. Because, apart from being generic, there are other statements which are very negative, by Turkish officials who naturally guide any position of the Turkish-Cypriots.

ANA: Do you believe all sides will sit again at the negotiating table in 2018?