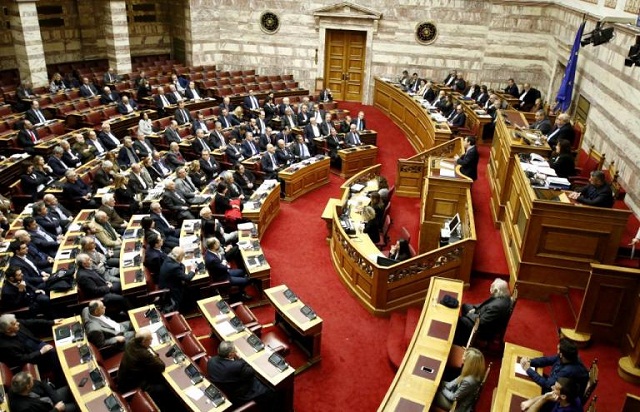 The debate on the Prespes Agreement in the parliament plenary will begin on Wednesday and continue past midnight on Thursday, to Friday morning, when voting will take place.

The Agreement does not need 151 votes in order to be ratified by the plenary. However, it is expected to secure the absolute majority or at least be very close to it. On his part, Prime Minister Alexis Tsipras has made it clear that the government wants the Prespes Agreeement to be ratified with at least 151 votes.

The discussion and processing of the draft law ratifying the name issue agreement signed by Greece and FYROM began on Monday afternoon. A total of 38 deputies spoke, besides party rapporteurs and those responding to comments.