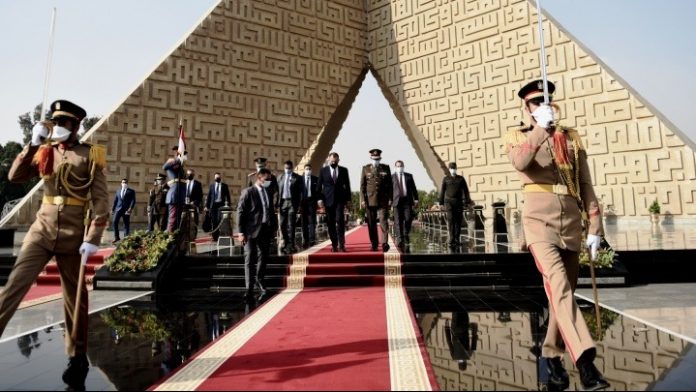 Egyptian President Abdel Fattah Al-Sisi said the military collaboration of Egypt, Greece and Cyprus is “a model of good neighborly relations,” at his meeting with visiting Greek National Defense Minister Nikos Panagiotopoulos in Cairo on Thursday.

Al-Sisi added that this cooperation serves the purpose of ensuring security and stability in the Eastern Mediterranean, and expressed his wish for the strengthening of his country’s military ties with Greece, according to a statement by Egypt’s Presidential Spokesperson Bassam Rady.

The high standards of the military cooperation among the three countries is also reflected in the interbranch exercise “Medusa 10” which includes defense forces from Greece, Egypt, Cyprus, France and the United Arab Emirates, and is being carried out this week in the sea off Alexandria. Minister Panagiotopoulos will be observing the final phase of this joint military drill before his return to Greece on Saturday.

Panagiotopoulos relayed greetings from Prime Minister Kyriakos Mitsotakis and underlined that his visit to Cairo signifies a mutual desire for the deepening of military and security relations.

In Cairo on Thursday, Panagiotopoulos was also scheduled to meet with his counterpart, General Mohamed Zaki.