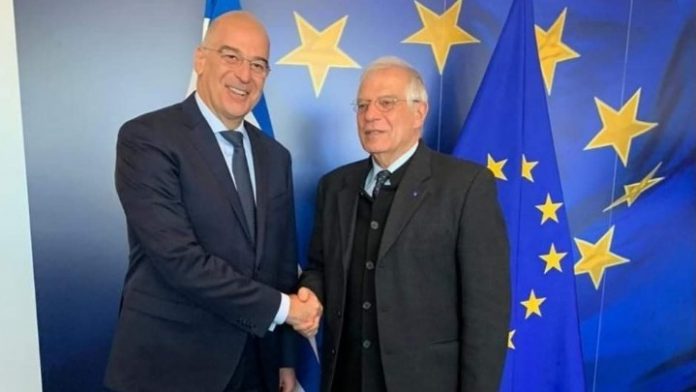 he European Union must take any steps it can to support EU member states and international laws, including the Law of the Sea, Greek Foreign Minister Nikos Dendias said on Tuesday after meeting with EU High Representative for Foreign Affairs and Security Policy Josep Borrell in Brussels.

In statements following his meeting with Borrell, who is also EU Commission Vice President, Dendias said he briefed him about the two memoranda of understanding signed between Turkey and Libya on the eastern Mediterranean maritime zones, which he said “threatened the interests of Greece and other countries as well.”

Greece is prepared to talk with Turkey but on the basis of international laws, not under pressure or terms that diverge from these laws.