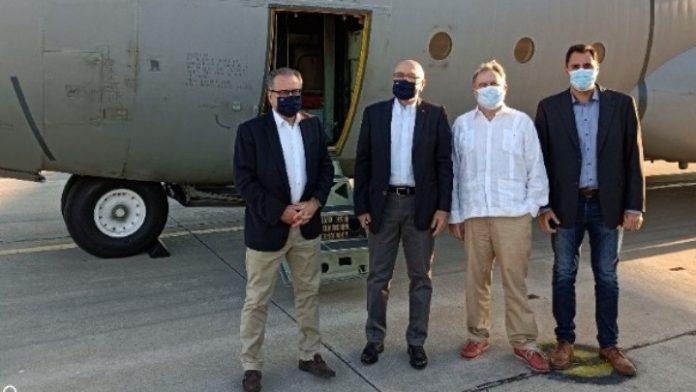 The common will for the further promotion of the economic, trade and diplomatic relations between Greece and Libya was expressed during the meeting of Deputy Foreign Minister Kostas Fragogiannis, with his Libyan counterpart in charge of political affairs, Mohamed Khalil Issa, in which Secretary of International Economic Relations and Extroversion, Giannis Smyrlis, also participated.

In joint statements after the meeting, Fragogiannis pointed out that his visit follows the visit of the Prime Minister, Foreign Minister and the President of the Libyan Presidential Council to Greece and has aimed at strengthening economic and trade ties between the two countries.

Focusing on the meeting, he said that he attended an overview of the state of Greece’s relations with Libya, both bilaterally and regionally. He also said that he was informed about the latest developments regarding the political process and the upcoming elections, “which we hope will take place on December 24”, as he added.

In addition, he said that he had an overview of bilateral relations, mainly at the economic and trade level, as well as issues related to energy, tourism, coastal shipping and air transport.

He also announced that Greece is preparing a business mission to Libya, “which will be planned in the next three months in great detail”, in order to have a successful second visit with businessmen to Libya.

He also said that during the meeting he stressed that the Turkish-Turkish memorandum on the delimitation of the EEZ is arbitrary because it is not governed by the rules of international law concerning maritime zones.