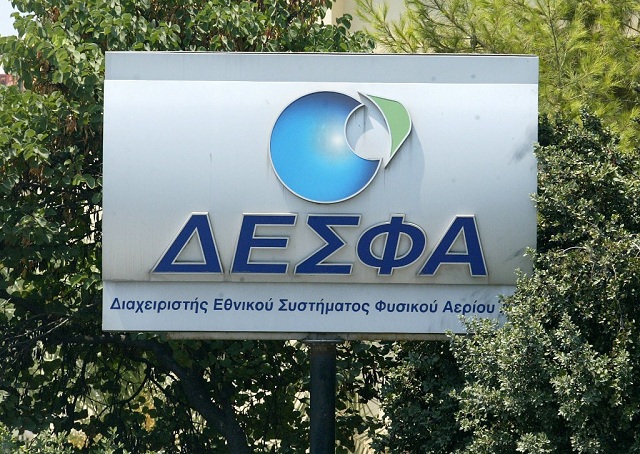 The upgrading of the role of the National Gas Transmission System Operator (DESFA) on the international energy scene is the next big bet for investors who have acquired 66 pct of DESFA shares, and are committed to implementing their existing business plan.

Sources close to the procedure told the Athens-Macedonian News Agency (ANA) said that the business plan involves investments of 330.66 million euros for the period 2017-2023, of which approximately 100 million euros relate to projects under development (such as the upgrading of Revythoussa), while the remainder concern new projects.

The tender for the sale of 66 pct of DESFA, which was run by the Hellenic Republic Asset Development Fund (TAIPED), was one of the quickest and most efficient tenders, which led to boht a very high offer price and also secured the future investments to be made in the DESFA, as well as the interests of the Greek State after privatisation.

These amounts do not include the dividend for the year 2017 of 45.5 million euros, which according to the provisions of the share purchase agreement will be distributed to the existing shareholders of DESFA, while the amount for TAIPED reaches approximately 26 million euros. It is noted that in the previous tender process there was no provision for dividend yield to existing shareholders.

In this context, in the text of the shareholders’ agreement, investors and the Greek government are committed to a series of principles:

• As long as the State holds more than 20 pct of DESFA’s shares, it will be able to appoint the chairman of the board of directors, and even when the share falls below 20 pct, as long as it remains above 10 pct, the State will decide the Vice-President.

• Two additional independent members are added to the board of directors, jointly appointed by the investor and the public.

• The board of directors can only be made up of non-executive members, strengthening its supervisory role according to modern forms of corporate governance.

• In line with best corporate governance practices, four-member Audit Committees and an Appointments and Salaries Committee (two members appointed by the investor, one member appointed by the State and a chairman as an independent member)

• With the previous shareholder agreement, the increased majority in the general meeting required for major issues (share capital changes, company changes, etc.) was limited to the minimum provisions of the law (quorum and positive vote of 66 pct). With the new convention, these percentages rise to 75 pct, meaning that 25 pct backing is needed to block important decisions. Consequently, even if the state share (now 34 pct, following the sale) is further reduced, state control over major decisions is not lost.

• With the new contract, the State acquires veto rights for issues involving DESFA’s participation in projects outside Greece and in transnational or international projects, including Greece. The rights are exercised both at the level of the board of directors and at the general assembly level. This ensures that DESFA is not exposed to bad investments, that the National Natural Gas System is safeguarded and that there is provision for addressing geopolitical issues.

• The investor (and any company associated with a company that is affiliated with the investor) will not be entitled to participate in business activities in Greece competing with DESFA for a period of two years.