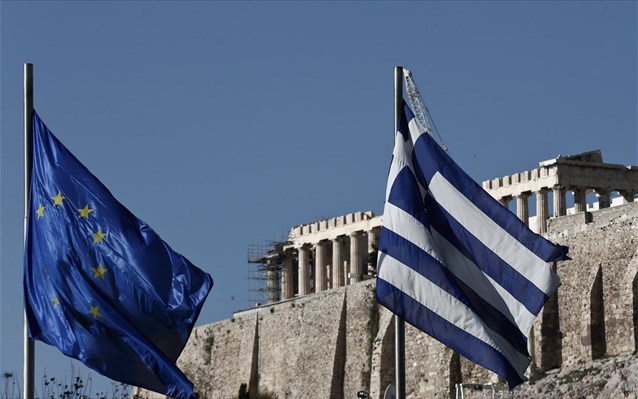 Last May, the government passed a package of austerity measures which were set to kick in at the beginning of January 2017. Their intent is to raise an additional 2.5 billion euros ($2.7 billion) in revenues for the government over the course of the year.

The measures are a result of negotiations between the Greek government and its creditors, represented by officials from the European Commission (EC), the ‘Eurogroup’ finance ministers, and the International Monetary Fund (IMF). These institutions want Greece’s government to raise taxes and reduce expenditures so that it can keep up payments on its massive accumulated debt.

This requires the government to achieve a ‘primary surplus,’ i.e. to raise more revenues from taxes and fees than it pays out in programs and benefits to its citizens, to make room for debt service payments.

In a late-December letter to the Greek government’s creditors, Finance Minister Euclid Tsakalotos (pictured at top left, beside Prime Minister Alexis Tsipras) wrote: “The Greek authorities remain fully committed to pursue the agreed fiscal path that is based on primary surplus targets of 0.5, 1.75 and 3.5 percent of GDP in 2016, 2017 and 2018 respectively.”

The government’s hope is that if it implements the economic policy reforms and meets the austerity targets demanded by its creditors, it will eventually forgiven part of the accumulated debt.

The finance minister also sent a Christmas card to Greeks featuring a picture of Ebenezer Scrooge, a symbol of stinginess, created as a character in ‘A Christmas Character, a novella published in 1843 by 19th century British novelist and social commentator Charles Dickens. The card was intended to make clear to Greeks that their government had no choice but to go along with the austerity program imposed by the country’s creditors.

The government has put in place a long list of consumption tax and fee increases for the start of the new year. Among them: Higher value-added taxes, and higher duties on tobacco products, coffee, and automotive fuels – three cents per litre on unleaded petrol, eight cents on diesel, and ten cents on LP gas (liquid petroleum gas).
There will also be a five percent surcharge on broadband, subscription TV, and landline telephone bills.

The surcharge on coffee will result in a price hike of about two to three euros per kg of roasted coffee beans.
About 60 percent of the targeted 2.5 billion euro increase in the government’s primary surplus, or 1.5 billion euros, are meant to be achieved by cuts in pension benefits and higher social security contributions imposed on farmers, home-owners, and the self-employed.

A one-off payment of Christmas benefits to 1.6 million especially needy Greek retirees, totaling 617 million euros, about 380 euros per person, was announed in December. This caused consternation amongst the creditor institutions, but Tsakalotos reassured them that it was a “one-off” payment that was fully paid for in the budget.

“As regards the pension measure, please note that both the Prime Minister [Alexis Tsipras] and myself have made it publicly clear, and will continue to do so, that this is a one-off payment that is not intended to become a permanent feature of the recently enacted pension reform,” Tsakalotos said in his letter to the creditor institutions.