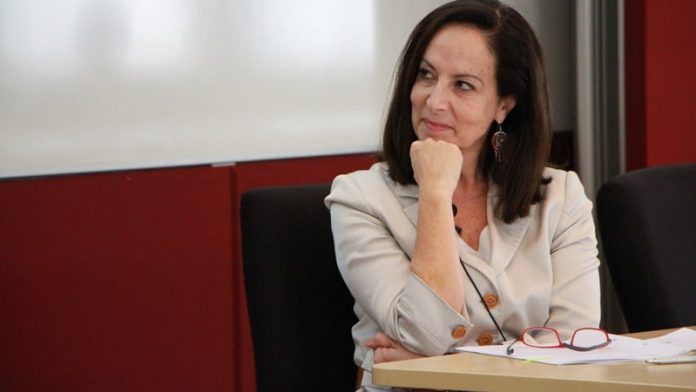 In a post on social media, former European commissioner and Greece’s candidate for the leadership of the OECD, Anna Diamantopoulou, announced the withdrawal of her candidacy.

“Tomorrow will be the official announcement of the last two candidates of the international race for the OECD – they are the candidates of Australia and Sweden. Earlier today, I decided to withdraw my candidacy in order to facilitate consensus in the process of selecting the new Secretary General.

We managed to win third place, having participated in a difficult and exciting election campaign worldwide.

We entered the arena of international diplomacy, without obvious allies, took the bronze medal and opened doors for the next gold!

The move by Prime Minister Kyriakos Mitsotakis was diplomatically intelligent and, above all, brave, both abroad and at home. I thank him for his nomination and support, as well as his respect for my different political background.

A rich experience was added to the one created in the mountains of Kozani, the neighbourhoods of Athens, the cities of Greece, the capitals of Europe – now as far as Korea and Chile. A great journey, with victories and defeats, mistakes and correct actions.

In this recent international battle, my anxiety and struggle was, first and foremost, for the flag.

Because we know very well that when we go out there, whatever we do, we primarily represent our homeland, we hold our flag high.

We need to break stereotypes, reinforce the positive, actively participate in a competitive future and not just in the glorious past.

I am proud that we have managed to reach the third place, projecting with passion and documentation our view on the international system, our proposals for international cooperation on the issue of inequalities, climate change and digital transformation.

The whole political system, without exception, respected a national effort, our diplomats took it personally, Hellenism in every corner of the earth rose up, the media helped with international reproductions, my own people once again put their backs into it, and all of you, here, at this meeting point, every day, at every step, you took my hand and filled me with gratitude and responsibility.

Thank you for participating, for believing. This effort is a team effort – many, many have worked all these months.

It all started in early October, with Costas Fragoyiannis and Georges Prevelakis, and ended late last night in the zoom for the withdrawal statement.

Is it over? Obviously not! “After all, good races lead to good friendships and open new chapters.”