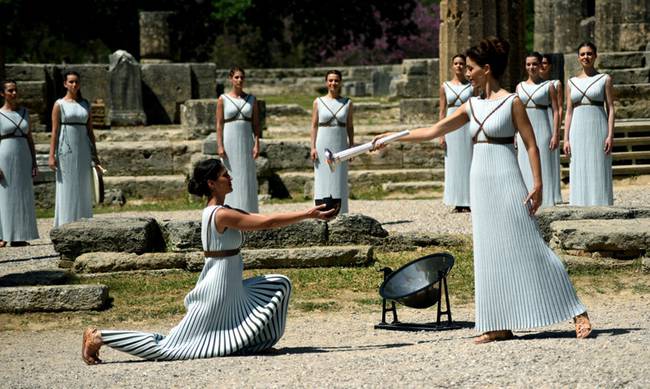 The Greek Olympic committee completed on Monday the rehearsal for the Olympic torch lighting ceremony in Olympia, the site of the ancient Greek Olympics, for the 2018 Pyeongchang Winter Olympics.

The official ceremony will be held on Tuesday (Oct. 24) at 12:00 (Athens time) at the ancient stadium of Olympia, with actress Katerina Lehou as High Priestess and Artemis Ignatiou as the choreographer.
The ceremony will be attended by International Olympic Committee President Thomas Bach and signals the start of the countdown towards the next edition of the Games in South Korea.

Over the following week, the flame will take a tour of Greece, covering 2,129km and will arrive at the Acropolis on 30 October. Some 505 torchbearers will participate and 36 welcome ceremonies will be held in 20 municipalities over the eight days.

The ceremony to hand over the flame to the PyeongChang 2018 Organising Committee will be held at the Panathenaic Stadium on 31 October at 11:00 (Athens time).