A drug “super market” was operating inside the Aristotle University of Thessaloniki (AUTh) it was announced on Wednesday, following the dismantling of a major drug ring by Hellenic police the previous day.

The drug organisation, 34 members of which were arrested, was using the University campus as an anchor point from where it was trafficking large quantities of substances -mostly cannabis- both within and around the campus.

It is estimated that the arrest of small-time dealers during previous police operations in the area enabled the authorities to trace leading members of the organization that was raiding the campus. Among the 34 arrested, 7 persons of Albanian origin are the alleged ring leaders, according to the case files.

These 7 people are accused of smuggling, on a daily basis, large quantities of substances into the AUTh, where they distributed them in smaller trafficking groups each one of which was operating under a team leader.

According to police, all persons arrested are foreign citizens between 18 and 40 years old. 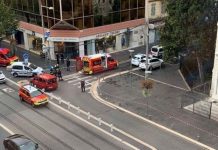 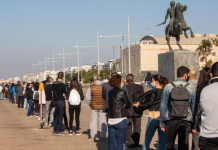