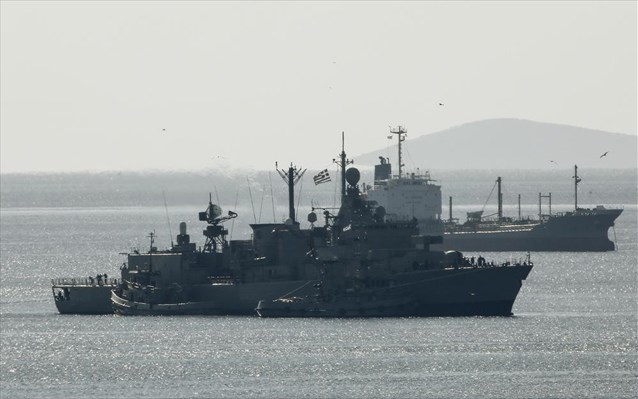 Turkey and Greece have announced they will both hold military exercises in the eastern Mediterranean Sea between Cyprus and Crete.

Tensions between both Nato countries had earlier mounted, after Turkey announced it would extend the oil-exploration mission of its research vessel, the Oruc Reis, in the disputed area until 27 August.

Initially, the mission was meant to have ended on on Sunday (23 August), but Turkey sent out a so-called “navtex”, a naval alert, saying the Oruc Reis and two supply vessels would continue their seismic exploration in order to prepare for new oil drillings.

Athens reacted by issuing its own “navtex” on Monday, announcing that its air and naval forces would conduct joint exercises in an area that overlaps with the one reserved by Ankara.

“Greece is responding calmly and with readiness both on a diplomatic and on an operational level. And with national confidence it does everything needed to defend its sovereign rights,” Greek government spokesman Stelios Petsas said.

But for his part, Turkish president Recep Tayyip Erdogan reacted by saying: “Greece does not have the right to declare a ‘navtex’ in the region,” and that it would be responsible for any “negative developments”.

“Turkey will not take even the smallest step back from the activities of either the Oruc Reis or our naval elements escorting it,” he added.

On Tuesday, Germany’s foreign minister is flying to Athens and Ankara in order to try to calm down the situation.

German chancellor Angela Merkel has tried to ease the tensions between Greece and Turkey by calling Erdogan and Greek prime minister Kyriakos Mitsotakis several times in the past few weeks.

France, however, is fully supporting Greece and has asked Nato and the EU to condemn Turkey and impose new sanctions on the country.

Defence sources in Athens say these ships and jets have arrived in Crete and already carried out joint manoeuvres with Greek forces.

In the beginning of July, there was already an incident in the Mediterranean between a French frigate and three Turkish military vessels that were escorting a cargo ship, suspected of smuggling arms to Libya in violation of a UN embargo.

EU foreign ministers are to have an informal meeting (Gymnich) in Berlin on 27 and 28 August.

On 24 and 25 September, there is a special EU summit on the situation in the eastern