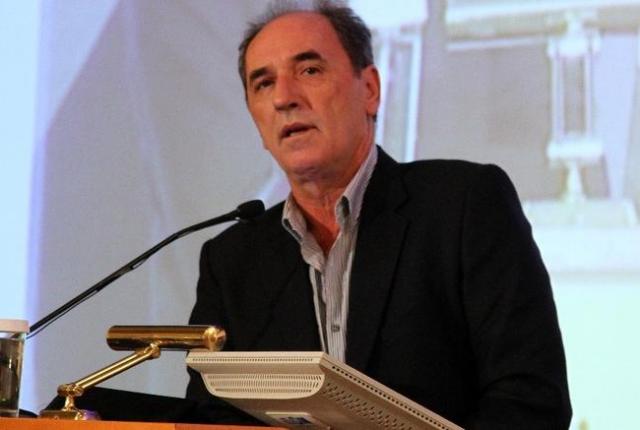 “There is strong evidence that a prolonged recession period can and must be left in the past,” Economy Minister George Stathakis said on Thursday. Addressing an EU-Arab Summit, the Greek minister said the government’s aim was to safeguard the sustainability of a growth outlook.

Stathakis underlined that all forecasts of 2017 see an economic growth approaching 3.0 pct and noted that the biggest challenge was funding of new investments, public, private and joint. He referred to legislative and funding tools used by the Greek government to push the country out of the crisis and to return to positive growth rates.

The Greek minister stressed that an improvement of macro-economic climate fully depended on fiscal and financial stability, which is the basic target of the current program 2015-2018. Stathakis said sustainable growth needs not only tourism and shipping, but focusing on exports particularly in sectors with comparative advantage suh as pharmaceuticals, logistics, farm products and energy.

He added that regulatory changes achieved recently were aimed to bring more transparency in public procurement, combat bureaucracy and simplify procedures for the set up and operation of enterprises. He added that 500 applications have been made so far in the first days of implementation of a new development law in the country. 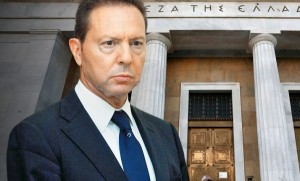 Economic adjustment and structural improvements over the past six years have rendered Greece more business-friendly and have opened up significant investment opportunities, in particular for those who will position themselves early in the Greek economy, Bank of Greece governor Yannis Stournaras said on Thursday.

Addressing a EU-Arab World Summit “Partners for Growth and Development:Prospects of the Greek economy after six years of adjustment”, the Greek central banker said, foreign direct investment is also essential for Greece, because it will set in motion a virtuous circle signaling investor confidence in Greece’s future prospects, a definite exit from the crisis and a return to sustainable and extrovert economic growth,

Despite delays and missteps, progress in correcting past mistakes was impressive, Stournaras continued. Therefore, a new ESM program, agreed in August 2015, based on the achievements of the first two programs, gives priority to reforms.

He said that a gradual economic recovery was already reflected on a series of key economic indicators, such as industrial production, retail sales, wage employment flows in the private sector and real exports of goods. The Bank of Greece expects the Greek economy to recover in the second half of 2016 and to continue in 2017 and 2018, with the country’s GDP expected to fall 0.3 pct this year, but to rise by 2.5 pct and 3.0 pct in 2017 and 2018, respectively. Nevertheless, risks to the outlook of the Greek economy remain. Delays in the implementation of reforms and privatizations envisaged in the program would dampen economic growth, thereby refueling uncertainty, undermining confidence and weakening the prospects of a definitive exit from the crisis.

Meanwhile, there also are risks and uncertainties regarding the course of the global economy, stemming, among other things, from protectionist voices and actions around the world, the implementation of a hard Brexit, and a likely exacerbation of the refugee crisis. These risks could slow down the recovery of the Greek economy, both through negative effects on tourism and trade and through a slower-than-expected decline in yields on Greek government bonds due to the risk aversion from global investors.

The containment of the above mentioned risks and the realization of the positive prospects of the Greek economy require a number of tangible and concerted actions, such as accelerating reforms and privatizations, dealing with non-performing loans and agreed on long-term measures to ensure the sustainability of the Greek public debt, Stournaras said. 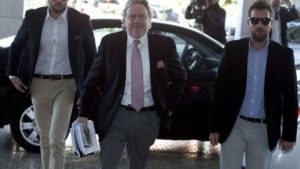 Greek Labor Minister George Katrougalos, addressing the EU-Arab Summit, said the Greek government seeks to return Greece to a social Europe to play a progressive peacemaking role in promoting prosperity and cooperation between European and Arab countries. He noted that memorandums and extreme austerity policies were a ticket for exiting social Europe.

“Despite continuing challenges, domestic economic environment has stabilized…Implementation of the current adjustment program is progressing smoothly, with Greece keeping all commitments made to its partners,” Constantinos Mihalos, president of the Central Union of Chambers and the Athens Chamber of Commerce and Industry.

He noted that a debt relief program will contribute to a further improvement in the confidence of international investment community towards the country and noted that the domestic business community awaited the implementation of a new series of reforms aimed to further improve business activity environment.