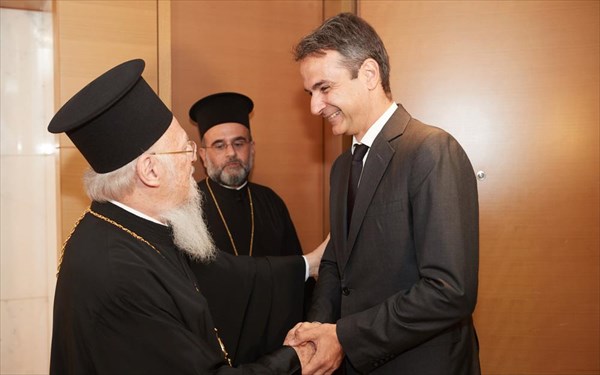 According to ND sources, the Patriarch briefed Mitsotakis on issues of concern for the Ecumenical Patriarchate, while ND’s leader expressed his full support. They also agreed on the necessity of keeping open the channels of communication between Europe and Turkey.

Other issues discussed at the meeting included developments in the Balkan region, Ukraine and the Middle East, as well as their shared concern for the protection of the environment and climate change. Mitsotakis discussed recent political and economic developments in Greece, with emphasis on ND’s position regarding relations between the Church and State.