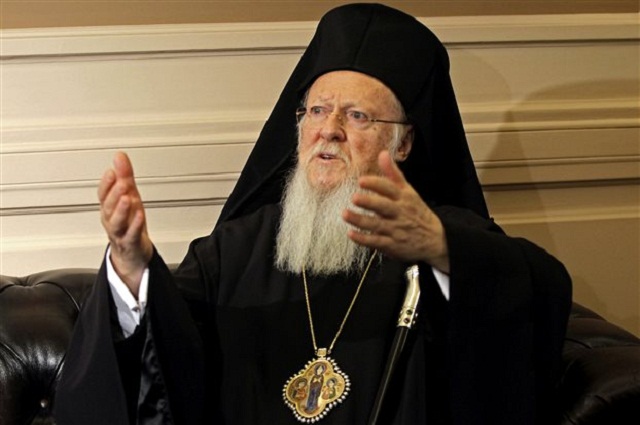 Continuing his three-day visit to Thrace to attend events for “Stephanos Karatheodoris Year” in Orestiada, Ecumenical Patriarch Bartholomew on Sunday praised the personality and contribution made by the noted Greek doctor and academic, saying he was a “model” Thracian that fully deserved the homage being paid to him.

Addressing the people of Orestiada, the Patriarch said that “Thrace is the immediate interior of our Ecumenical Patriarchate, the keeper and guardian of many values.”

Patriarch Bartholomew arrived in Orestiada on Saturday, at the invitation of the municipal authority, to attend events for “Stephanos Karatheodoris Year”.

On the first day of his visit on Saturday, he inaugurated the Karatheodoris Museum in Nea Vyssa, the village where the noted academic originated.

Among the descendants of Stephanos Karatheodoris were a number of notable Greeks that occupied the top echelons of Greek society, including writers, academics and politicians. Among his later descendants was the former prime minister Antonis Samaras, who attended the inauguration with his spouse.