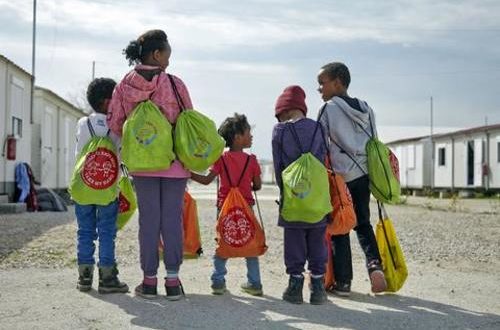 The government will not step back on the matter of children refugees’ education, stated Education Minister Costantinos Gavroglou in parliament on Thursday.

According to figures presented by Gavroglou, 2,500 children refugees are currently following the education programme in 94 schools while 274 teachers have been hired for this purpose.

Answering to a question submitted by Communist Party deputy Ioannis Delis claiming that the number of children refugees participating in the education and pcycological support programme is very low, Gavroglou addmitted that there are delays adding however that exceptional work has been carried out by a scientific committee on the support of children refugees. He also referred to the contribution of 12,000,000 euro NSRF (National Strategic reference Framework) funds to be directed to that purpose.

Referring to the reaction on the implementation of the programme, he lashed out at the “fascist and nazis movement existing in Greece and in Europe.” However he did not deny that there is another part of people that also reacts without being identified with Golden Dawn, but it is a group of people which is afraid and need to be informed on the issue.