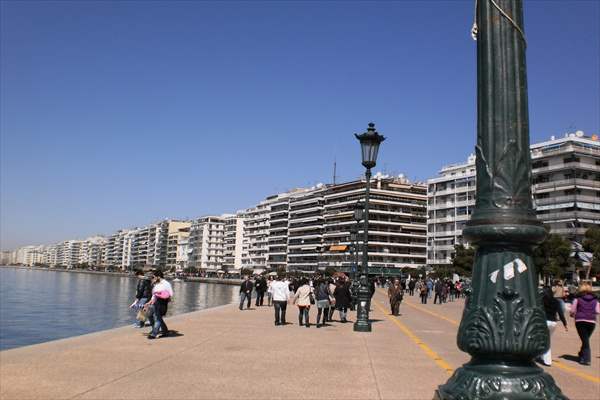 The European Investment Bank (EIB) on Thursday announced its decision to extend a loan of 20 million euros to the northern Greek city of Thessaloniki, to be used to implement its “Thessaloniki beyond 2030” urban resilience strategy.

In a press release, EIB said it was promoting resilient, sustainable and green cities in Greece with a 20-million-euro loan to Thessaloniki.

“The Municipality of Thessaloniki’s vision is to increase growth and enhance the region’s economic and geopolitical status in relationship to the Balkans and Southeast Europe. This vision is part of its urban resilience strategy called ‘Thessaloniki beyond 2030’.

“The EIB has decided to support this vision,” the bank said.

To mark the occasion of the loan, EIB Vice-President Jonathan Taylor stated: “Friendly and sustainable urban infrastructure is the key to the development and prosperity of cities. Thessaloniki’s investment programme will improve the attractiveness of the city, while sustaining growth in many parts of the economy. This will help all the citizens of Thessaloniki”.

“Supporting research and innovation, improving tourism infrastructure and upgrading the energy efficiency of public buildings also helps address the needs of refugees hosted in the city. The support of the municipal authorities’ investment programme through our financial means and expertise, as the largest multilateral financing institution in the world, is another way the bank helps the Greek economy,” he added.

The finance agreements have been signed by EIB representatives and by Thessaloniki Mayor Yiannis Boutaris, who commented: “The agreement is the result of our strategic plan for urban resilience with which we also prove our reliability, despite the economic crisis that our country is facing. The infrastructure which is mainly focused on education, environment and energy will definitely improve the quality of life of the citizens and will further boost the touristic development of Thessaloniki, which is one of our administration’s primary goals”.

The municipality’s investment programme will improve urban infrastructure, the quality of life of its citizens as well as the city’s tourism attractiveness, consistent with its relevant position to the Balkans, while cooperating closely with public and private stakeholders. The plan includes small to medium-sized projects, primarily in urban development and energy efficiency, logistics and transport, tourism and cultural heritage.

The EIB loan will allow the municipality to pay for its investments at a cost that is lower than traditional funding sources, while the long-term nature of the loan will spread the budgetary impact over a longer period than usual.

The EIB is the European Union’s bank and the long-term lending institution of the EU. It is the only bank owned by and representing the interests of the European Union Member States. It makes long-term finance available for sound investments in order to contribute towards EU policy goals. The EIB works closely with other EU institutions to implement EU policy.

As the largest multilateral borrower and lender by volume, the EIB provides finance and expertise for sound and sustainable investment projects which contribute to furthering EU policy objectives. More than 90 pct of EIB activity is focused on Europe but it also supports the EU’s external and development policies.

Since 2010, the European Investment Bank has provided more than 11 billion euros to ensure continued investment in crucial infrastructure, including education, energy, transport, waste and water, and in companies across Greece.