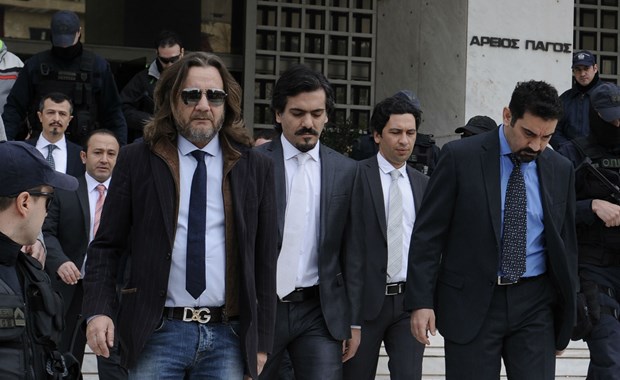 Greek authorities on Friday announced that the eight Turkish military servicemen who sought refuge in Greece after July’s failed coup in Turkey will remain in custody. The head of the Greek Police Aliens Directorate Constantinos Louziotis said the eight will not be released following a decision by the Supreme Court against their extradition to Turkey since their asylum applications were still pending but also because they posed a potential public order and national security threat.

For the above reasons, they will continue to be detained at the Olympic Village police station, he said.

The public prosecutor for extraditions Maria Malouhou on Thursday called for their release after the court’s decision, provided they were not being held for other reasons. In an announcement on Friday, the police said that an order to hold the three for three months was issued after they landed in Alexandroupolis in a Turkish military helicopter, to be renewed every three months until a final decision on their application for asylum was issued by the 5th Independent Refugees Committee.

Meanwhile, the Hellenic Union for Human Rights issued an announcement welcoming the Supreme Court’s decision “with relief,” on Friday. “In the broader framework of justice insecurity and uncertainty that marks Greek reality for even self-evident matters, it is no small thing that the Supreme Court decided not to extradite the eight servicemen sought by Turkey,” it said. It also noted that the human rights situation in Turkey was such as to “permit no other outcome”.

“The asylum request of the eight is now being heard at a secondary level, while numerous similar cases of Turks that sought refuge in Greece wait their turn. It is an opportunity for the Greek government and Greek justice to help put the brakes on a constantly deepening autocracy in the neighbouring country,” it added.