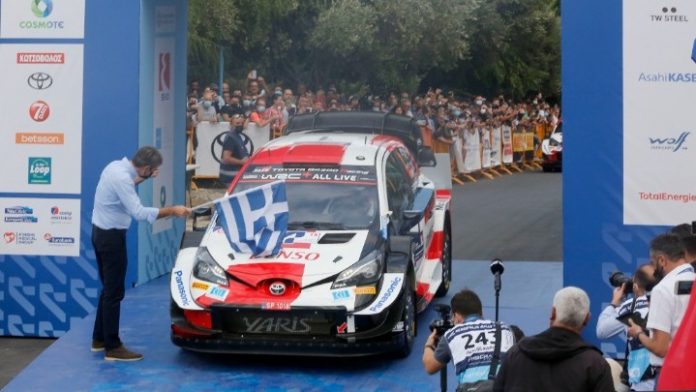 The EKO Acropolis Rally 2021 ‘Rally of Gods’ kicked off in central Athens on Thursday for the first time since 2013.

A special 980m course was set up in the streets around Syntagma Square, and it was launched by Prime Minister Kyriakos Mitsotakis.

Another key aspect described by Mitsotakis concerned putting out a message that associates motor sports with road safety, as he said, considering “we lose a lot more people on the tarmac every year.” The government has “a comprehensive road safety plan that covers all aspects of this complex issue,” he noted.

Acropolis Rally 2021 marks the 65th running of this motoracing event of the World Rally Championship (WRC), and this year is based in the town of Lamia in central Greece. Drivers will have to compete on some tough terrain over fifteen special stages totalling 292km (181m).

‘Rally of Gods’ is being held from September 9-12 and features 55 crews from 24 countries. It is being broadcast on 65 television networks, with coverage distributed to 155 countries, reaching some 840 million viewers.