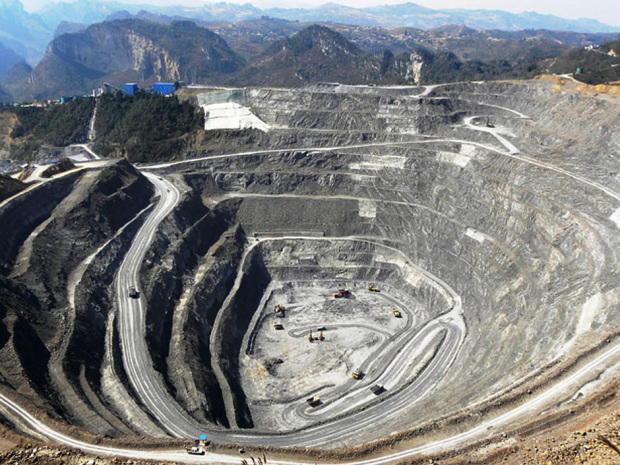 Operations at the Skouries gold mine in northern Greece will be suspended, Canadian mining company Eldorado Gold said on Thursday, citing Greek government delays and other issues faced by its subsidiary in Greece, Hellas Gold.

“Eldorado Gold Corporation announces it will move the Skouries development project into care and maintenance,” the company said. Although dialogue has continued with the Greek ministry of Energy and the Environment (MEE), it said, the MME “has failed to issue the amended electromechanical Installation permit for the Skouries flotation plant as well as other matters including, but not limited to, the relocation of antiquities at the Skouries site.”

The company also said it had “initiated legal action” in order to enforce and protect its legal rights. It said it has filed three lawsuits with the Council of State, Greece’s highest administrative court, “requesting judicial protection against the ministry’s failure to issue routine installation permits, resulting in unjustifiable delays to the development of the Skouries facilities” and filed a petition at the same court “for non-compliance of the ministry with a previous decision granted by the CoS.”

Eldorado also said it would reassess their Skouries investment “upon approval and receipt of the required permits, coupled with a supportive government open to discussions regarding the use and implementation of best available technologies.”

The company operates three mines through its subsidiary in the Kassandra leg of the Halkidiki peninsula: Skouries, Olympias, and Stratoni. In September, it had said that it would not make any additional investments into any of the three Kassandra mines, adding that “ongoing permitting delays and a lack of support from the Greek government have negatively impacted Eldorado’s project schedules and costs, ultimately hindering the company’s ability to effectively advance development and operation of these assets.”

Commenting on the recent decision to suspend operations at Skouries, Eldorado president and CEO George Burns said, “Although we have made good progress on the Olympias mine, we require the necessary permits and government support prior to investing further in Skouries. As a consequence we are now taking the necessary legal action to enforce the Company’s rights while continuing efforts to resolve outstanding matters through ongoing dialogue.”

Asked for a response, MEE sources said that they would not issue any statements as long as arbitration is ongoing.