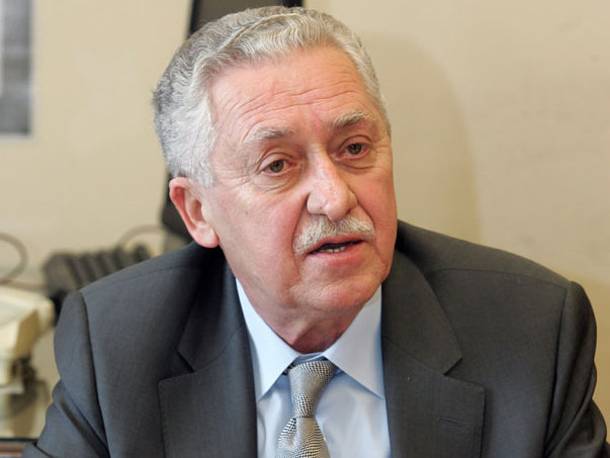 “Turkish President Recep Tayyip Erdogan’s current foreign policy is contradictory to what his demands appear to be, and is wavering,” commented Alternate Defence Minister Fotis Kouvelis in an interview on Monday to the TV station Alpha.

“One moment he wants Turkey to purchase F-35s (from the US) and the next moment he cooperates with the Russians to buy the S-400 (antimissile system). He has a huge problem with the Kurds and wants to reach some agreements with the USA. On the other hand he has open fronts in terms of Cyprus’ EEZ and suddenly he remembered, after the meeting in Bulgaria, that he has also expressed a European orientation. All these don’t add up to a comprehensive foreign policy,” said Kouvelis.

The Greek minister added that “the Aegean is not his (Erdogan’s) ‘issue’ and he is very well aware that the alleged update and review, as he terms it, of the Lausanne Treaty leads to a dead end. He does all these things to keep open the option of his so-called claims on the Aegean in order to establish his presence in the wider region of Cyprus’ EEZ”.