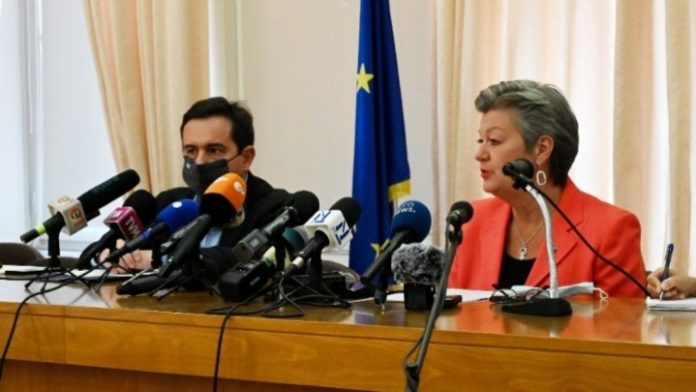 Visiting European Commissioner for Home Affairs Ylva Johansson spoke of the will of both Greece and the EU to put migration policy and border management in a European framework, speaking after her meeting with Migration & Asylum Minister Notis Mitarachi on Tuesday.

Protecting Greek borders means protecting the borders of Europe, noted the commissioner. She also welcomed the Greek minister’s commitment for the construction of a new refugee reception facility at Lesvos island before winter this year.

Mitarachi reiterated that islands in the eastern Aegean have borne the brunt of the migration crisis, as have all five Mediterranean front-line countries. The minister added that the EU’s new migration pact should prioritize the prevention of irregular migration.

On Monday, Mitarachi and Johansson visited migrant facilities at the islands of Lesvos and Samos.