If Turkey insists on a constant counterproductive and illegal tension, the European Union should progress from words and statements to actions and decide measures and sanctions for that country, which will find all Greeks united against it, main opposition New Democracy’s (ND) shadow foreign minister George Koumoutsakos said on Tuesday.

Koumoutsakos is in Cyprus to represent ND leader Kyriakos Mitsotakis at the funeral of former President Dimitris Christofias.

Koumoutsakos was received in the morning by the President of the Cyprus Republic, Nicos Anastasiades.

On his part, Koumoutsakos, in his statements after the meeting, said that Dimitris Christofias had the courage but also the persistence to support the effort for a just solution of the Cyprus problem and the reunification of the island. 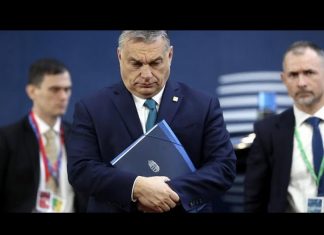 The extraordinary summit over the EU's budget resumed for a second day on Friday after leaders failed to reach a deal despite talks stretching...