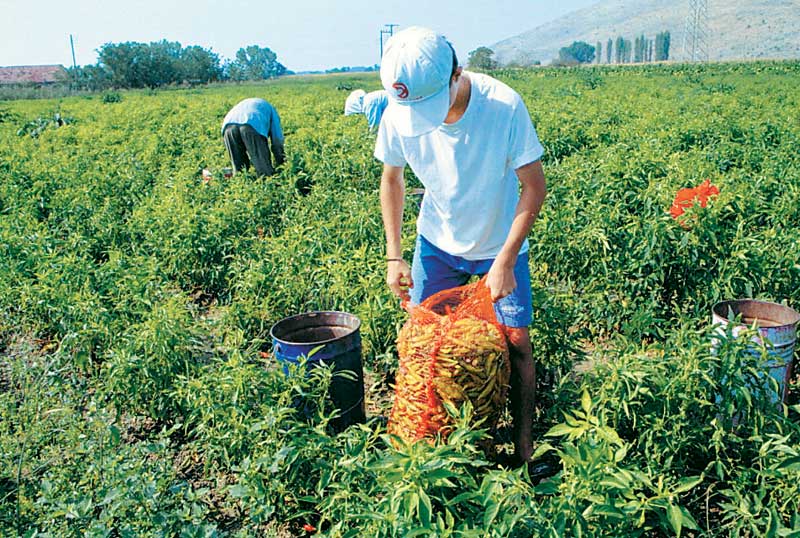 A member of EU farmers’ union Copa-Cogeca, GAIA Epicheirein is a newly established organisation of farmers and agri- cooperatives in Greece, representing 150,000 farmers.

Referring to a possible reduction in the CAP’s first pillar, the direct payments, Koufoudakis noted it should be avoided, as well as any sudden shift towards a radically new CAP model.

“Because that is how the agricultural reality of the south has been structured for so many years and we cannot have radical changes because they will cause aversion for the new CAP,” he said.

A way to address the structural problems of the south is to boost smart farming. “We believe that new technologies should enter the field so that even small crops will be profitable.”

“In GAIA, we have tangible proof of the positive impact of smart farming on both productivity and sustainability through the first results of the large-scale pilot project we put in place with the help of our partner from the IT sector. The benefit increase from reduced inputs and improved yields varies between 18% – 36% depending on the crop type,” he emphasised.

Koufoudakis explained that the EU satellites and the funds are in place but the market and the farmers should also be encouraged and incentivised to absorb them and accompanied during the whole process by strong farm advisory systems.

“There is a need for new and functional structures in Greece. Farm advisory services have not worked out in our country even though they’re key in ensuring our necessary transition to a more competitive and sustainable agricultural model,” he noted.

Markos Leggas is a young farmer and president of Pegasus Cooperative, specialising in grapes. The grapes are produced in the Corinthia region and exported to supermarkets in the UK through a producer organisation.

“With the CAP, I and other producers have been able to secure the appropriate infrastructure that helped us reach new markets,” Leggas told EURACTIV.

As far as the post-2020 CAP is concerned, Leggas explained that it should cut the red tape; ensure farmers when there is market instability and provide access to new technologies to be applied to his parcels.

Leonidas Gidaris, a physicist who cultivates cotton, talked about the need for a general change of the mindset.

Referring to cooperatives, he noted that the mistakes made in the past have “penalised” their existence.

“In our minds, and especially in smaller rural areas, it has prevailed the idea that some farmers will get more gains and others will basically lose if they participate in a cooperative,” he said, claiming that this might not be true, but serious shortcomings have been identified in the past.

The young farmer also focused on the continued change of agricultural or tax policies in the country, stating that this acts as a disincentive for farmers to organise in cooperatives as it becomes impossible to forecast the expected profit.

The Greek farmer also noted that the transition from the old generations of farmers to the young ones faces a number of difficulties.

He explained that for those who inherited land from their parents or grandparents the situation is easier. But for the newcomers, it proved to be difficult especially with the payments system.

“A significant number of the young who were granted land for the first time and got funding for that gave up as they were not provided with the proper knowledge […] they were not informed about the bureaucracy they would face,” he added.