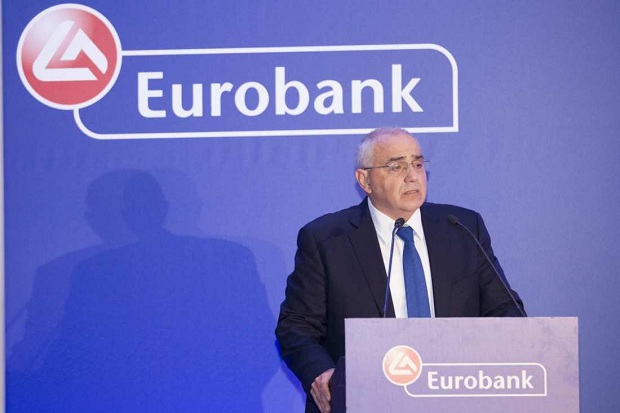 Improving economic climate and business outlook could lead to a return of deposits up to 25 billion euros in the domestic banking system in the next 18 to 24 months, Eurobank’s chairman Nikolaos Karamouzis said.

Addressing an event organized by the Hellenic Observatory of London School of Economics and Hellenic Bankers Association – UK, the Greek banker said that non-performing loans will begin falling from the first quarter of 2017 -unless there are any negative surprises in the Greek economy- something confirmed by prevailing trends in NPLs. He noted that it should be clear that reversing a trend in NPLs was not only related with their management by the banking system -which is necessary- but from the return of the country to a sustainable growth path, lifting capital controls and accessing capital markets.

Referring to the Greek economy, Karamouzis said that the government was implementing a third adjustment program with success in several fronts, such as privatizations.

“The Greek economy, having suffered a multi-year, double-dip recession, record unemployment, anemic investment and high public debt, is in urgent need to return to a path of strong and sustainable economic growth. This is the main priority of economic policy as it is both the targeted cure for the economic malaise, as well as a key prerequisite for the success of its third Adjustment Programme. While the steady and timely implementation of the reforms and fiscal consolidation measures contained in the agreement is a necessary condition for the resumption of growth, several additional pre-conditions have to be met. Perhaps the most important of all concerns is the ability of Greek banks to provide the credit needed to support economic growth. This, in turn, depends on the degree of success in dealing with four key challenges ahead, namely, restoring normal liquidity conditions, successfully managing a large stock of bad and problematic loans, reducing official sector interference in banking operations, and tackling the sweeping, transformational changes now gripping the European banking sector as a whole. Greek banks have more than adequate capital to simultaneously fund economic growth and effectively reduce the large stock of bad loans. However, improving the liquidity situation, hinges upon the Greek government demonstrating a convincing commitment to implementing the program and key economic reforms, as well as pro-market and pro-growth economic policies. Restoring market confidence in the Greek economy and proper business climate are a sine qua non for a Greek economic recovery. To this end, a number of front-loaded, bold policy initiatives are proposed. Those could arguably lead to a substantial reduction of risk premia and interest rates, resumption of positive credit expansion, significant repatriation of deposits and widening possibilities for Greek economic agents to raise debt and equity internationally on attractive terms,” Karamouzis said.