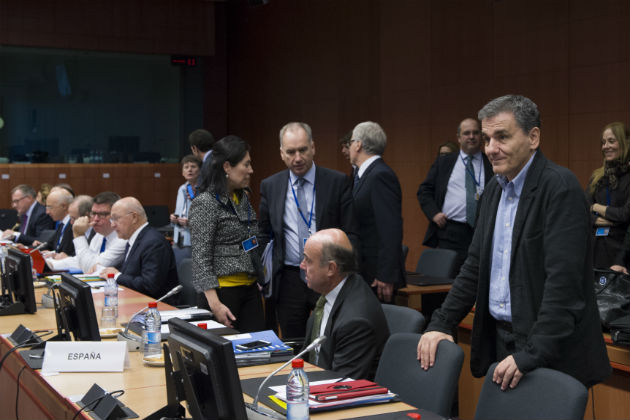 The Eurogroup meeting on Thursday will focus on the second programme review.

The conclusion of the second programme review can be achieved by the Eurogroup in February, a senior eurozone official on Wednesday said adding that the participation of the IMF in the Greek programme is a prerequisite.

He also said that the Eurogroup on Thursday will discuss the progress made in the second programme review and the continuation of the negotiations between the government and the institutions in the near future.

The EU official estimated that there are good chances for the four institutions to find common ground so as to return in Athens for the conclusion of the review. He also said that the Greek authorities will be in a position to agree on the basic parametres and therefore the conclusion of the second review be achieved by February’s Eurogroup.

As regards the IMF demand to legislate in advance measures for the period after 2018, he acknowledged that it is a great issue that needs to be dealt with in order to find a solution.

Regarding the IMF, he stressed that its full participation in the programme is a sine qua non. Otherwise, he said that the non-participation of the Fund in the programme would bring significant technical problems and long delays.
Finally, the official noted that February is the last month in which a solution can be found, as he said in March, as a “long electoral period” starts for a number of member states.