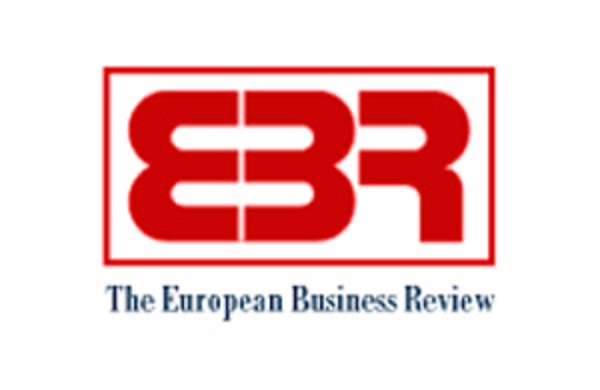 The European Business Review (EBR) magazine published an issue dedicated to Greece and its comeback after the seven years of economic crisis, to mark its 20th anniversary.

Writing the opinion article titled “20 years mark a milestone in everyone’s life”, Publisher Christos Trikoukis notes the numerous changes that have taken place in the European Union and Greece in the past 20 years.

“Greece has also radically changed. Almost 10 years of deep crisis forced us to transform our mind-sets. Hopefully, Greece seems that it is now recovering, slowly but steadily. That is why we decided to celebrate our 20-year anniversary with an issue dedicated to the place where the story of the EBR started,” he writes.

The issue publishes an article by Prime Minister Alexis Tsipras titled “2018 will be a milestone for Greece and Greek economy”, which is adapted from a speech he gave at the American-Hellenic Chamber of Commerce.

EBR also features interviews with the Ambassadors of the United States, France, Germany and Spain, who present their views of Greece’s future prospects.

U.S. Ambassador to Greece Geoffrey Pyatt explains how his country believes that there cannot be a prosperous EU without a prosperous Greece.

“I think the U.S.-EU relationship will remain very important. It is also one of the reasons that the U.S. relationship with Greece is so important, because it is understood in Washington that we can’t have a prosperous Europe without a prosperous Greece. That is to say, the U.S. interest in a strong European Union, the U.S. interest in a stable and prosperous Eurozone cannot be achieved if Greece is somehow left behind,” he explained.

“So that’s the reason we’ve invested as much energy and time as we have over the past eight years, in helping Greece to grow itself out of this economic crisis and to accomplish the reforms that are necessary in order to move forward,” he said.

Asked about the importance of Souda Bay, the ambassador said “is a critical NATO” asset for both NATO and the United States. “In fact, it’s more important today than perhaps ever before because there is so much of relevance that’s happened in the Eastern Mediterranean,” he said.

Pyatt also made a point of stressing the strong relations between the two countries which were evident during Tsipras’ visit to the U.S. earlier this year. “There’s a strong commitment to the U.S. partnership with Greece, an understanding that Greece has been a strong ally over time, that Greece has been through a difficult period, and that we need to -both sides- continue investing in this relationship as allies, as partners,” he said.

French Ambassador Christophe Chantepy said that solidarity has driven France to support Greece’s efforts to definitely turn its back on the crisis.

“Today, French investors are again looking towards Greece. Their projects give shape to the pledge, taken by France in October 2015, to help Greece revive its economy,” he said.

Chantepy also noted the embassy’s involvement into innovation, through the French-Greek innovation network MAZINNOV that offers development and partnership prospects for Greek startups and entrepreneurs.

Germany’s Ambassador to Greece, Jens Ploetner, said that “the peak of the economic crisis now lies well behind us”, noting that with the negotiations of the third review Greece has entered the final phase of the program.

Ploetner said Greece deserves respect for undertaking the painful reforms it has, stating “Greece’s success is also Europe’s success” and that the country “has the potential to be an attractive business destination.”

Spanish Ambassador Enrique Viguera Rubio noted that this is “the right moment to invest in Greece”. He said the future “looks pretty good and stable” for Greece as a full member of the Eurozone and that this may attract direct investments in other economic sectors.

“I am telling everybody that this is the right moment to invest in Greece” he said in an interview.

The magazine also includes articles titled “Technology and innovation as key elements for Greece’s new economic model”, “Greece is recovering slowly but steadily” and “The Greek and EU success story”.