European finance ministers made few concessions to break a deadlock on a bank-failure bill, as the European Central Bank warned that failure to enact it would hinder efforts to combat fragmentation of the financial sector.

At the end of two days of talks in Brussels, ministers identified six areas for possible compromise in talks with the European Parliament on Wendesday on the Single Resolution Mechanism legislation. Yet details of new room for maneuver were in short supply as the meetings wrapped up, and the consensus was that the parliament would need to cede ground for a deal to get done.

“I can say the European Parliament has to make a lot of move, otherwise we will not get a decision,” Schaeuble said during Tuesday’s talks. “And then we will have no regulation.”

The SRM is part of a European Union effort to prevent future financial crises by pooling responsibility for euro-area banks. A blueprint put forward last year by Michel Barnier, the bloc’s financial-services chief, would create a central board to handle failing banks, backed by a 55 billion-euro ($76 billion) fund financed by industry levies.

Greek Finance Minister Yannis Stournaras and his Dutch counterpart, Jeroen Dijsselbloem, will press the ministers’ case in Strasbourg on Wednesday after previous negotiations with the parliament yielded scant progress. Time’s running out to get a law on the books before the assembly adjourns for elections in May. The two sides made proposals in December, and both must approve the final legislation.

Barnier said member states and the parliament remained “very divergent” after Tuesday’s talks. Greece holds the EU’s rotating presidency and represents the interests of member states in the deliberations.

On one contentious issue the ministers didn’t budge yesterday: giving the Council of the European Union, the institution that represents member states, the final say in some resolution cases, Barnier said.

The finance chiefs were “thus rejecting one of the key demands of the European Parliament and maintaining a text on which the commission continues to have a formal legal reserve,” he said.

Some of the toughest debates involved how to make bank resolution decisions, how fast to create the common fund to cover the cost of saving or shuttering lenders and how to ensure its liquidity. The ECB, which takes over euro-area bank supervision in November, has warned that the currency bloc can’t afford to keep relying on national systems for handling the costs of managing failing banks.

“We are going to have supervision at the European level, but if this is not solved then you have only the costs of possible resolution at local level,” ECB Vice President Vitor Constancio said. If the SRM isn’t created, “this will undermine the correction of financial fragmentation in Europe, and that’s a very important point,” he said.

Ministers said they’d found compromises on a few issues. Schaeuble said it’s been decided that the new fund will be able to borrow on financial markets, although he didn’t specify if that would apply during the fund’s start-up period, which may run as long as a decade.

Schaeuble also said nations made concessions on resolution decision-making and found a compromise on how to split the legislation into two parts: one enshrined in EU law and the rest in an agreement among participating nations.

“We moved much closer to the parliament’s position on a number of points: in strengthening of the board, in the decision that less needs to be decided in the plenary, in the question of getting a majority and on many other points,” he told reporters after the meeting.

The “updated mandate” announced by Stournaras failed to win over at least one key lawmaker — Sharon Bowles, chairwoman of the parliament’s Economic and Monetary Affairs Committee.

“I think that they will find we are no pushover, and from what I hear a lot of movement is needed,” Bowles said by e- mail. Negotiators “can probably find some” common ground today, “but not as much as council seems to want.”

The hard deadline for a deal to be reached with parliament in time to be voted on before the elections is around March 21 to 22, Lithuanian Finance Minister Rimantas Sadzius said. “This is quite a red line.”

Stournaras said he doesn’t foresee calling an extra meeting of finance ministers on the bank-failure plan. The ministers are next scheduled to meet in Athens at the beginning of April.

ECB President Mario Draghi last week said that failure to reach a deal with the European Parliament before May elections would have severe consequences for the euro zone and its fledgling banking union. The EU embarked on the project in an effort to break the link between banks and sovereign nations that fueled the euro area’s debt crisis, which pushed five of the bloc’s 18 nations to seek aid packages.

Portugal’s Maria Luis Albuquerque said nations need to find a compromise with the parliament before the ECB takes up its new duties to avoid a “very awkward situation” of transferring power without the right backup systems.

“We would need something credible and strong for the immediate future,” Albuquerque said. “The stronger and the more credible it is, the less likely it becomes that we may actually need it.” 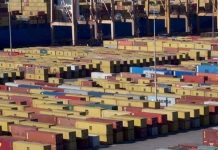