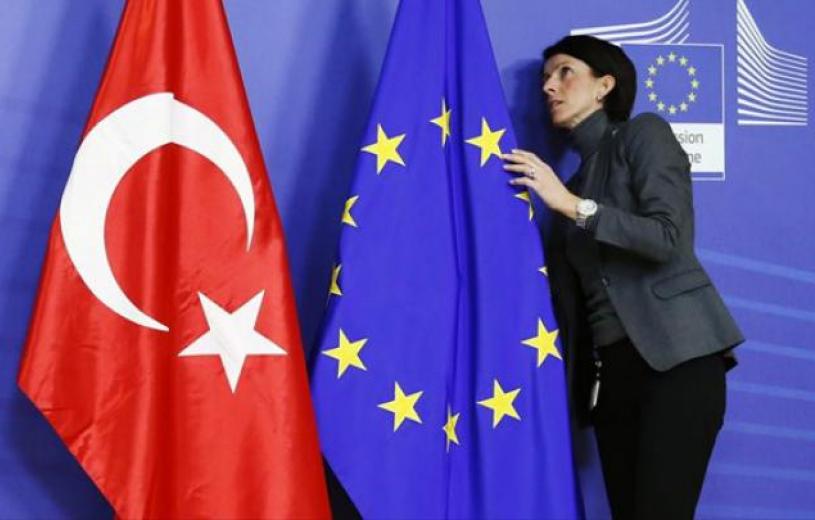 A clear and strong warning to Turkey – which included additional sanctions over its illegal exploratory drilling in the Eastern Mediterranean – was sent by the European Council in the final text of its conclusions on Friday, government sources said. This text was the result of intensive discussions and deliberations that lasted until the early morning hours in Brussels.

There are distinct changes in comparison with the original draft – which did not satisfy Athens – and they show that Europe, which as the sources noted takes one step at a time, also did the same at this Council.
“[This is] another step that is a strong warning to Turkey to change its behaviour,” they said, adding that this was requested by several countries during the previous discussion, confirming Athens’ initial assessment that the Greek positions have also become European.

The same government sources said that “the European Council decided to impose sanctions on Turkey, expanding the list of persons and entities involved in illegal drilling in the Eastern Mediterranean. At the same time, it called upon the High Representative for Foreign Affairs and Security Policy and the European Commission to submit a report by March 2021 on the full range of Euro-Turkish relations – political, economic and trade (Customs Union assessment). The report will include all EU tools and options, including extending the scope of sanctions against Turkey.”

Of particular importance for the Greek side is the reference condemning Turkey for its fossil fuel exploration activities and in particular the action of the survey vessel Oruc Reis, which the conclusions of the summit link directly to the resumption of exploratory contacts. This explicit reference confirms Athens’ firm position that Ankara must first show consistency and continuity in the direction of de-escalation after the departure of Oruc Reis, in order for exploratory contacts to resume.

One condition for this, raised by the Greek side as a term at every discussion on this issue, is that Turkey refrains from all illegal activities. “The condemnation of Turkish provocation and aggression against the EU and its member-states, especially in the Eastern Mediterranean, has been absolute and clear,” the same government sources added.

They noted that in the final version of the Council’s conclusions, compared with the original draft, the references to the Cyprus issue are also much harsher, condemning Turkey’s illegal actions in Varosha, on the one hand, while highlighting the need for a speedy resumption of UN-brokered talks for a comprehensive settlement, on the other hand.