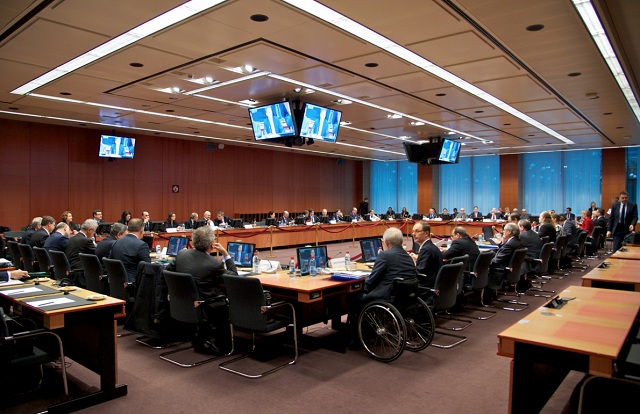 The Eurogroup on Thursday will “most likely” end with a good outcome for Greece, predicted a senior Eurozone official who briefed the press here on Tuesday.

“All sides want to conclude the second review now,” the official noted, saying that the agreement will include a positive report on the implementation of the prior actions by all the institutions, including the International Monetary Fund (IMF). It will also include a positive debt sustainability analysis produced by the European institutions and – at very least – the “approval in principle” of the IMF.

All these combined were expected to lead to a “green light” to the European Stability Mechanism (ESM) to disburse the next installment of loans to Greece in time for the country to meet repayments, the official said.

On the size of the installment that would be disbursed, he declined to give an exact figure but suggested it would range between 7-11 billion euros.

The aim at the upcoming Eurogroup would be to make this agreement more specific but without pre-empting the decisions that will be taken in 2018, the official added.

On the participation of the IMF in the Greek programme, the official was confident that the results of the Eurogroup will allow the IMF to recommend participation in Greece’s programme to its board, though possibly without funding initially.

He claimed that the disagreement between the IMF and the European institutions was not over the debt measures that will be adopted in 2018 but mainly over the assumptions for growth and the primary surplus targets set for Greece in the future. Further convergence with the IMF on this point was possible, he said, but if this was not achieved at the next Eurogroup, the talks will continue.

He also noted that a number of proposals for the debt were currently on the table – including that of France – and that the final decisions will be taken by Eurozone finance ministers on Thursday.