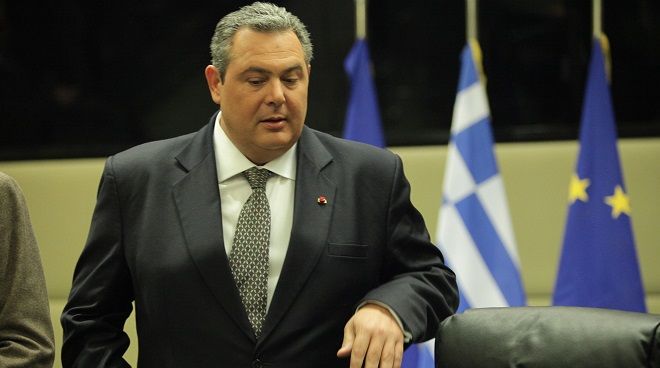 Greece and Israel will further expand their military cooperation, Defence Minister Panos Kammenos and his visiting Israeli counterpart Avigdor Lieberman agreed during their meeting in Athens on Monday.

The two ministers discussed the prospects for intensifying activities such as joint training, exchange of intelligence, cooperation between the two countries’ defence industries and defence from cyber-attacks. In particular, they discussed defence industry cooperation in providing support for various parts, such as for aircraft, where Israel has high-end technology.

Lieberman declined to answer questions on energy cooperation, however, saying that this would be decided at the highest level, in future meetings between the prime ministers of Greece, Israel and Cyprus. He also noted Israel’s willingness to work with moderate Muslim countries such as Egypt and Jordan.

According to the Israeli minister, radical Islam and extremist groups were currently the greatest threat facing the Muslim world, while he blamed the regime in Iran for the resignation of Lebanon’s prime minister.

Kammenos repeated the need for cooperation between all reliable allies to deal with Islamist terrorists and their backers in the surrounding, crisis-stricken region. Greece was working with Cyprus, Israel and the moderate countries of the Middle East to “build a pillar of stability and an energy route from the Middle East to Europe,” he added.

A trilateral meeting of the defence ministers of Greece, Israel and Cyprus will be held in Athens on Tuesday.