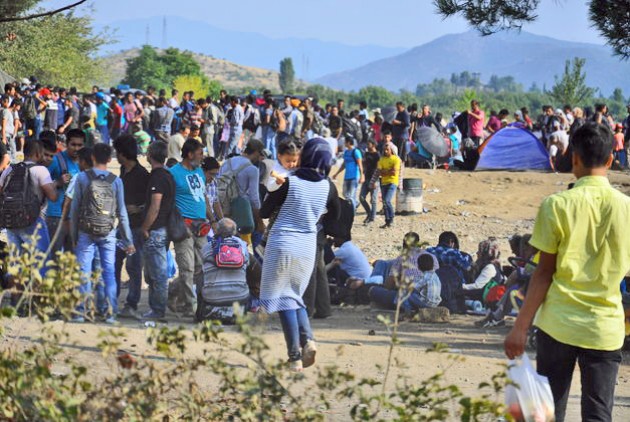 Τhe Dublin system does not function because the countries on the frontline of the refugee crisis have been left alone to deal with the problem, First Commission Vice-President Frans Timmermans, said on Wednesday during a joint press conference with Migration Commissioner Dimitris Avramopoulos in Brussels on the reform of the EC’s Common European Asylum System.

“The reason why Greece and Italy were unable to meet their obligations arising from Dublin, was that for years they asked other member-states to show solidarity to a problem they encountered, but the only answer they got was ‘Dublin’,” he said. “Dublin doesn’t work because the member-states on the forefront have been left alone to manage the problem. There has to be a distribution of the weight.”

He also said that if a country does not want to relocate asylum applicants, it will need to support financially those who do as an act of “economic solidarity”.

Timmermans also acknowledged that some countries will not like the Commission’s proposal however he insisted that the Dublin system need to be reformed. “If there is no solidarity here, in a short period of time there will be no solidarity elsewhere, in other areas. And that will be a huge blow to the European project,” he added.