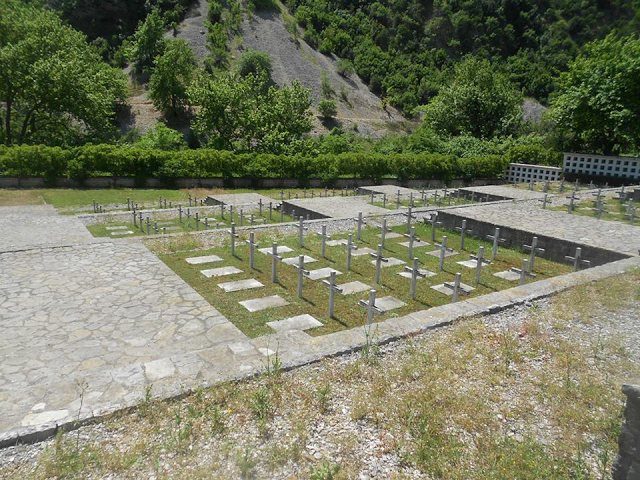 The remains of 573 Greek soldiers and officers who fought in the Greek-Italian war of 1940-1941 and died in Albania were reburied at the military cemetery of Dragoti on Friday.

The event is part of a bilateral agreement calling for exhumation, identification and re-interment at Albanian cemeteries of Greeks killed in the country.

The 573 were among nearly 700 who have been buried speedily during the Italian retreat after a battle at the straits of Kelcyre (Kleisoura, in Greek). A search for the remains began here in January 2017, and the first 100 found were reburied at Bularat (Vouliarates) in July of this year.

At Dragoti cemetery, where cenotaphs commemorate the dead, the soldiers and officers were reburied with a religious ceremony led by Metropolitan Demetrios of Gjirokaster (Argyrokastro). It was attended by Greek Ambassador to Tirana Eleni Sourani and other officials.

A joint Greek-Albanian specialists committee will continue its searches and exhumations in the other areas as well, the Greek Foreign Ministry said.