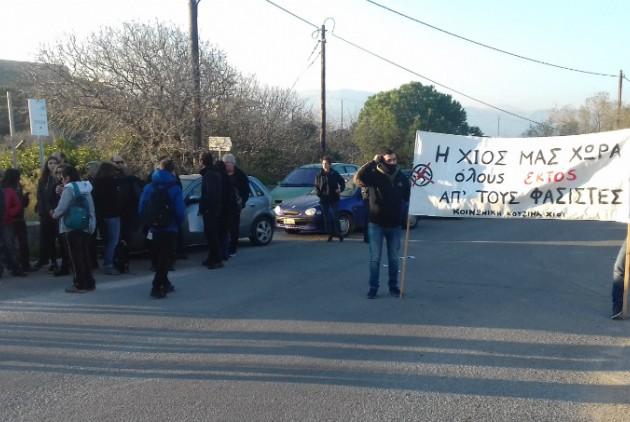 A low turnout and lack of interest led to the cancellation of Wednesday’s controversial event organised by the far-right Golden Dawn party on the island of Chios. According to local media, fewer than 20 people turned up to hear the party’s two speakers at a hotel on the island.

One road leading to the hotel where the event was taking place was blocked by protestors but access to the venue was possible from other roads.

The event was on the topic “The problem of illegal migration and Golden Dawn’s solution” with speeches by MP Yiannis Lagos and MEP Georgios Epitidios. The two attempted to confront the protestors, accusing them of obstructing their event, but were stopped by police.

Another anti-fascist rally had taken place on Chios earlier on Wednesday afternoon, while the Chios municipal council and other island unions and associations had declared the members of Golden Dawn “personae non gratae” on the island in a resolution a few days ago.