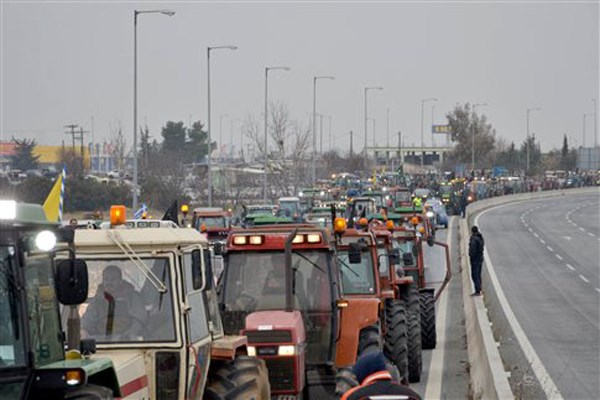 Farmers at the roadblock of Nikea, near Larisa, blocked traffic on the Athens-Thessaloniki national highway on Monday afternoon amid escalating protests against the new taxation and incased social security contributions they are expected to pay.

The protesters closed off the Thessaloniki-bound direction as part of their announced plans to block major roads daily for two hours. The nationalhighway leading to Athens is blocked indefinitely since last Thursday when farmers from Thessaly parked their tractors at the Nikea junction.