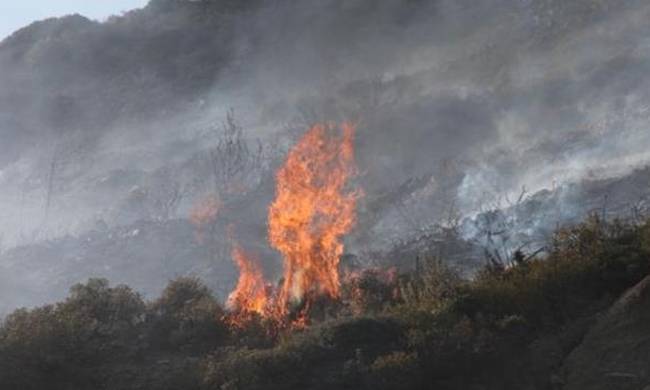 A fire that broke out on Monday at an olive grove in Moria on Lesvos on Tuesday was under control.

The blaze did not threat Moria hotspot where are hosted refugees and migrants.

Police said that the fire is not related with the hotspot, however local residents appeared certain that migrants from the hotspot that set fire to cook their meal are responsible for the blaze.

Fire brigade is conducting an investigation.