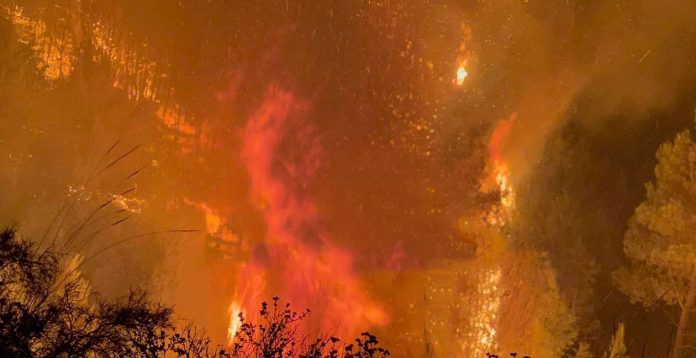 The firefighting forces that have been operating since last night, in the area of Livadaki, in the municipality of Andritsaina – Krestena, in Ilia region, have been reinforced on Tuesday, in order to put the fire that is burning a forest area under control.

In particular, according to the Fire Department, there are 103 firefighters on the spot with 35 vehicles and five groups of pedestrians, while three firefighting planes are dropping water from the air.

During the night, the fire brigade was fighting off the flames approaching the residential areas of Livadaki, Ptelea and Kallithea.

Local authorities assisted their efforts with the use of water tanks.