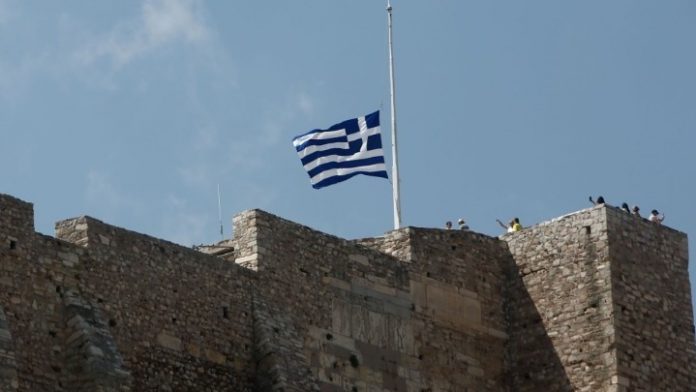 Flags will fly at half-mast on all public buildings and all public festive events are postponed during the three-day period of national mourning pronounced by Prime Minister Kyriakos Mitsotakis for the death of composer Mikis Theodorakis on Thursday.

The decision was taken by Interior Minister Makis Voridis, in line with relevant legislation.

The President of the Hellenic Republic, Katerina Sakellaropoulou, spoke of a “pan-Hellenic figure and at the same time a universal artist, an invaluable asset of our musical culture”, referring to the loss of Mikis Theodorakis.

“Mikis Theodorakis, whose loss we mourn today, was a pan-Hellenic personality and at the same time a universal artist, an invaluable asset of our musical culture. He was given a rich and fruitful life that he lived with passion, a life dedicated to music, the arts, our country and its people, dedicated to the ideas of freedom, justice, equality and social solidarity”, Sakellaropoulou noted.

She added: “Mikis was tested in all kinds of music – song, oratorio, symphonic music, music for the cinema – with great success. He wrote melodies that intertwined with the historical and social course of Greece in the post-war years, music that functioned as an incentive, as a consolation, as a protest, as a support in the gloomy periods of our recent history.”

Sakellaropoulou said that he has always been a “politician” and linked political action with transcendence and struggle. He described himself as “lonely, independent, self-employed”.

“Dedicated to national dignity, humanity and solidarity, he has never ceased to be a profound, diverse artist, and an artist who insisted to the end on viewing the world with the romance and confidence of an eternal, indestructible youth.”