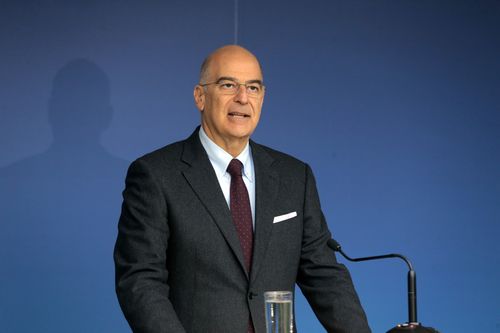 The European Union’s external borders must be protected, and the use of the migration issue as a political tool must not be allowed, Greek Foreign Affairs Minister Nikos Dendias said during an EU Foreign Ministers videoconference on Tuesday.

The extraordinary meeting was held to discuss developments in Afghanistan.

Dendias specifically said the coordination to safely remove all EU citizens is an urgent priority, a statement from the Greek Foreign Ministry said. He also expressed appreciation for plans of some EU member states to include in the evacuation Afghan nationals who had worked as interpreters for Greek forces in the country, as part of a NATO mission, and their families.

The EU should underline the need for a representative government in Afghanistan, while the Taliban must respect fundamental rights and freedoms, and guarantee the protection of women, minors and minorities, as well as of cultural heritage.

Dendias warned that migration flows would increase, and a new humanitarian crisis should be averted. There should be agreement and collaboration on the issue of migration, and a clear message to third countries like Turkey that the issue must not be used for political means. The close coordination with other powers should begin with the United States, he noted.